Items related to Under a Glass Bell

Anais Nin Under a Glass Bell

Under a Glass Bell 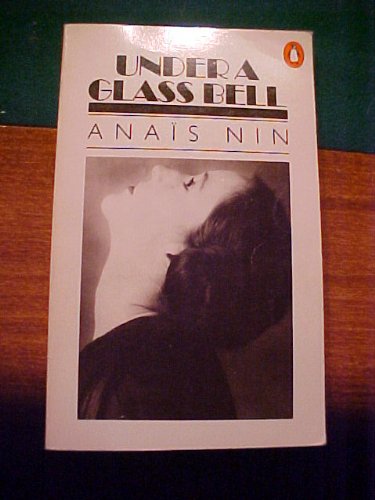 Under a Glass Bell is one of Nin's finest collections of stories. First published in 1944, it attracted the attention of Edmond Wilson, who reviewed the collection in The New Yorker. It was in these stories that Nin's artistic and emotional vision took shape. This edition includes a highly informative and insightful foreword by Gunther Stuhlmann that places the collection in its historical context as well as illuminates the sequence of events and persons recorded in the diary that served as its inspiration.
Although Under a Glass Bell is now considered one of Anaïs Nin’s finest collections of stories, it was initially deemed unpublishable. Refusing to give up on her vision, in 1944 Nin founded her own press and brought out the first edition, illustrated with striking black-and-white engravings by her husband, Hugh Guiler. Shortly thereafter, it caught the attention of literary critic Edmund Wilson, who reviewed the collection in the New Yorker. The first printing sold out in three weeks.

This new Swallow Press edition includes an introduction by noted modernist scholar Elizabeth Podnieks, as well as editor Gunther Stuhlmann’s erudite but controversial foreword to the 1995 edition. Together, they place the collection in its historical context and sort out the individuals and events recorded in the diary that served as its inspiration. The new Swallow Press edition also restores the thirteen stories to the order Nin specified for the first commercial edition in 1948.

Anaïs Nin (1903–1977) was one of the most unique literary figures of this century. As a novelist she was distinctly catalytic, and her life-long diary resembles no other in the history of letters. Her books have been translated in a dozen languages.

The pieces in this collection belong to a peculiar genre sometimes cultivated by the late Virginia Woolf. They are half short stories, half dreams, and they mix a sometimes exquisite poetry with a homely realistic observation. They take place in a special world, a world of feminine perception and fancy . Miss Nin is a very good artist, as perhaps none of the literary Surrealists is.”
Edmund Wilson, The New Yorker

1. Under a Glass Bell

2. Under a Glass Bell

3. Under a Glass Bell

Book Description Penguin Books, 1978. Soft cover. Condition: Good +. All of our books are in the shop, and are 'real' books. We try to post the same day as the order. Descriptions are conservative. Postage rates may be lower than ABE estimate, please use Ask Bookseller a Question to confirm availability and postage cost, use [Ask Bookseller a Question] option below to confirm availability and get accurate postage quote for this item (the amount quoted is for an 'average' hard-cover book of up to 1kg in weight). Book. Seller Inventory # 011292

4. Under a Glass Bell

Book Description Penguin Books, 1978. Paperback. Condition: Fair. A readable copy of the book which may include some defects such as highlighting and notes. Cover and pages may be creased and show discolouration. Seller Inventory # GOR003371311

Shipping: US$ 11.15
From United Kingdom to U.S.A.
Destination, rates & speeds

5. Under a Glass Bell Nin, Anais

Shipping: US$ 29.27
From United Kingdom to U.S.A.
Destination, rates & speeds