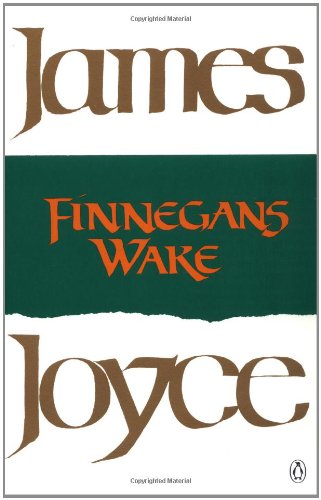 Follows a man's thoughts and dreams during a single night. It is also a book that participates in the re-reading of Irish history that was part of the revival of the early 20th century. The author also wrote "Ulysses", "Dubliners" and "Portrait of an Artist as a Young Man".

Robbert-Jan Henkes and Eric Bindervoet are writers, translators, and artists based in Amsterdam. They translated Finnegans Wake into Dutch in 2002 in a bilingual edition, and it is their English setting that provides the text of this edition. Their translations of King Lear and Ulysses will appear in 2012. Finn Fordham is the author of Lots of Fun at Finnegans Wake (2007) and I do I undo I redo: the Textual Genesis of Modernist Selves in Hopkins, Yeats, Conrad, Forster, Joyce, and Woolf.

Experimental novel by James Joyce. Extracts of the work appeared as Work in Progress from 1928 to 1937, and it was published in its entirety as Finnegans Wake in 1939. The book is, in one sense, the story of a publican in Chapelizod (near Dublin), his wife, and their three children; but Mr. Humphrey Chimpden Earwicker, Mrs. Anna Livia Plurabelle, and Kevin, Jerry, and Isabel are every family of mankind. The motive idea of the novel, inspired by the 18th-century Italian philosopher Giambattista Vico, is that history is cyclic; to demonstrate this the book begins with the end of a sentence left unfinished on the last page. Languages merge: Anna Livia has "vlossyhair"--wlosy being Polish for "hair"; "a bad of wind" blows--bad being Persian for "wind." Characters from literature and history appear and merge and disappear. On another level, the protagonists are the city of Dublin and the River Liffey standing as representatives of the history of Ireland and, by extension, of all human history. As he had in his earlier work Ulysses, Joyce drew upon an encyclopedic range of literary works. His strange polyglot idiom of puns and portmanteau words is intended to convey not only the relationship between the conscious and the unconscious but also the interweaving of Irish language and mythology with the languages and mythologies of many other cultures. -- The Merriam-Webster Encyclopedia of Literature