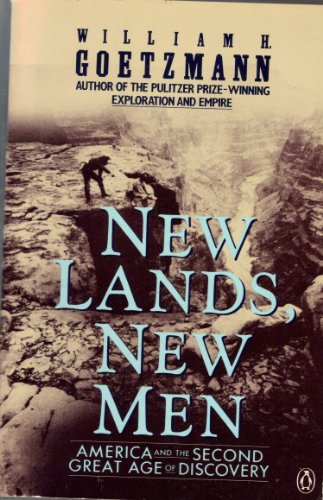 Examines the adventures of the explorers during the seventeenth through the nineteenth centuries, and shows how the impetus to explore transcended national interests

In New Lands, New Men, the third volume in his award-winning Exploration Trilogy, one of America's leading historians tells the dramatic story of three centuries of exploration that witnessed Europeans exploring the Pacific and Northwest, Americans setting out across their own immense continent, and, finally, Americans exploring new worlds: the oceans, Japan, the polar regions. William H. Goetzmann writes in absorbing detail about the remarkable adventures of the explorers and the explosive rise of American science. America was truly exploration's nation - a culture of endless possibilities, continually looking forward in the direction of the new. New Lands, New Men illuminates America's rise to cultural and scientific prominence - and transforms our understanding of America's role in world history.

WILLIAM H. GOETZMANN is the Jack S. Blanton, Sr., Professor of American History at the University of Texas at Austin. He is the author of many award-winning books and articles, including Exploration and Empire, which won the Pulitzer Prize for American History in 1967, and Army Exploration in the American West (both in print with the Texas State Historical Association).