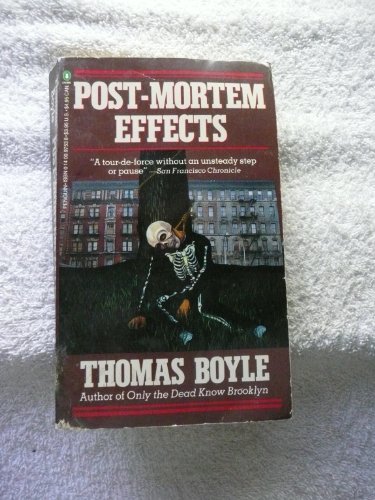 Brooklyn supercop Francis DeSales and sidekick Tim Desmond cut through ethnic/religious tensions to investigate the assault of a young Jewish man, the kidnapping and murder of a Polish Catholic boy, and the brutal voodoo death of a black drug addict

Boyle's detective Francis DeSales and professor Tim Desmond collaborate on investigating crimes again, in this frighteningly suspenseful novel. The setting is the borough of Brooklyn, with a volatile citizenry ethnically and religiously mixed. When a small gentile boy is killed, the ignorant accuse the ultra-orthodox Jews, who, in turn, attack each otherLubavitchers against Hasids. Later, a black pharmacist is murdered and, according to Desmonda specialist in criminality and religious ritesthe body suggests a voodoo ceremony. The situation is tense in all the neighborhoods as Halloween approaches, and Desmond takes his little son Nick to the daylong celebration in Prospect Park. Despite the police force's blanket covering of the scene, Nick is seized by a psychotic killer, while simultaneously, DeSales's former lover, TV personality Megan Moore, is abducted. The chase scenes are almost intolerably long and feverish as they mark the height of nonstop crises involving the entire community. Boyle here contradicts the title of his socko novel, Only the Dead Know Brooklyn. It's abundantly clear that he knows the borough intimately.
Copyright 1987 Reed Business Information, Inc.