Items related to A Stone of the Heart

Brady, John A Stone of the Heart

A Stone of the Heart 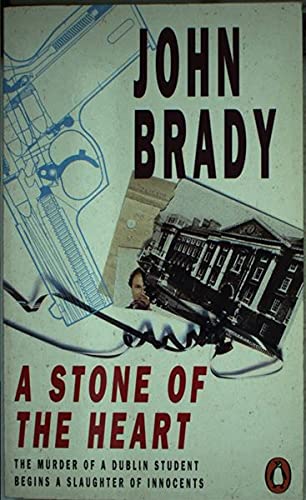 A brutal murder in the grounds of Trinity College, Dublin sparks a police investigation with unexpected consequences for Sergeant Matt Minogue of the Garda Murder Squad. When the body of student Jarlath Walsh is discovered with his head beaten in, Minogue instinctively knows that this is no random killing. Walsh was a young idealist, an innocent, as his grieving girlfriend Agnes McGuire confirms, yet someone wants Minogue to believe that Walsh was a drug-pusher who got what he deserved. As the Sergeant digs deeper into the case, Dublin is rocked by IRA violence - a violence which seems somehow linked to the student's murder. It is only after Minogue himself is nearly killed that he discovers the truth, when a hair-raising chase ends in a fateful clash in that no-man's land which is the border with Northern Ireland.

John Brady was born in Dublin, the fictional setting of his acclaimed series of Matt Minogue mystery novels. Brady immigrated to Canada at the age of 20, and has worked as a bank official, RCMP clerical officer and teacher. His seventh Minogue novel, Wonderland, taps into Dublin's exploding economy and its aftershocks at every level of society. He lives in Toronto. He won the Arthur Ellis Award for First Best Novel in 1989 for A Stone of the Heart.