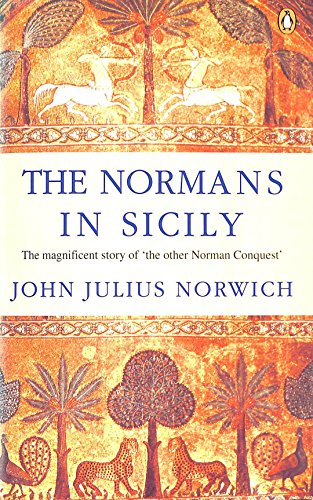 In 1016, a rebel Lombard lord appealed to a group of pilgrims for help-and unwittingly set in motion "the other Norman Conquest." The Normans in the South is the epic story of the House of Hauteville: of Robert Guiscard, perhaps the most extraordinary European adventurer between Caesar and Napoleon; his brother Roger, who helped him win Sicily from the Saracens; and his nephew Roger II, crowned at Palermo in 1130. The Kingdom in the Sun vividly evokes this "sad, superb, half-forgotten kingdom, cultivated, cosmopolitan, and tolerant," which lasted a mere 64 years. It concludes with the poignant defeat of the bastard King Tancred in 1194, bringing to a close this extraordinary chapter in Italian history. With a comprehensive listing of all of Sicily's surviving Norman monuments, the result is a superb traveler's companion and a masterpiece of the historian's art.