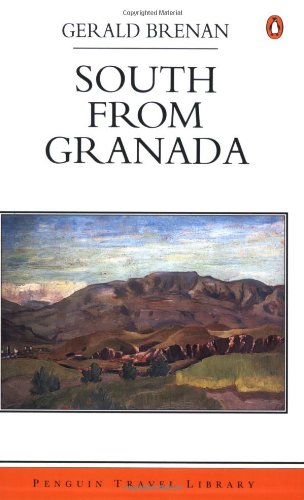 Gerald Brenan is generally regarded as the greatest of English writers about Spain. "South from Granada" describes the essence of a remote rural area before the Civil War with vivid sympathy. Here, brought back to life, are the festivals and folk-lore of the Sierra Nevada, the rivalries, romances and courtship rituals, the village customs, superstitions and characters. Equally compelling are chapters on Granada in the twenties, food and the Phoenicians, the cheap brothels and archaeological remains of Almeria, the stark but haunting mountain scenery and even a visit from Virginia Woolf. The result was acclaimed on publication as a masterpiece; it remains a classic, richly evocative account of a lost way of life.

Gerald Brenan (1894-1987) was an English writer who spent much of his life in Spain. He is best known for The Spanish Labyrinth, a work of history on the background to the Spanish Civil War and for South From Granada: Seven Years in an Andalusian Village. He was awarded a CBE in 1982, and was much honoured in Spain. Chris Stewart is the author of Driving Over Lemons, which told the story of how Chris set up home in Spain to farm sheep and oranges and it went on to become an international best-seller. The 'sort-of' sequel A Parrot In The Pepper Tree followed in 2002 and continued the success of the first book. 2006 saw the publication of Chris' third book The Almond Blossom Society.