Items related to The Eye in the Door

Barker, Pat The Eye in the Door

The Eye in the Door 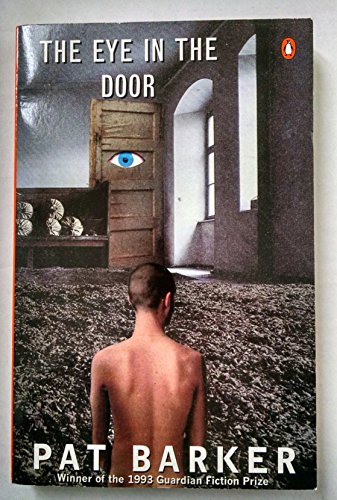 The Eye in the Door is the second installation of Pat Barker's acclaimed and haunting historical fiction trilogy about British soldiers traumatized by World War I trench warfare and the methods used by psychiatrist William Rivers to treat them. As with the other two, the book was recognized with awards, winning the 1993 Guardian Fiction Prize. Here, Lieutenant Billy Prior is tormented by figuring out which side of several coins does he live -- coward or hero, crazy or sane, homosexual or heterosexual, upper class or lower. He represents the upheaval in Britain during the war and the severe trauma felt by its soldiers. The writing is sparse yet multilayered; Barker uses the lives of a few to capture an entire society during a tumultuous period.

Pat Barker was born in Yorkshire and began her literary career in her forties, when she took a short writing course taught by Angela Carter. Encouraged by Carter to continue writing and exploring the lives of working class women, she sent her fiction out to publishers. Thirty-five years later, she has published fifteen novels, including her masterful Regeneration Trilogy, been made a CBE for services to literature, and won awards including the Guardian Fiction Prize and the UK's highest literary honour, the Booker Prize. She lives in Durham and her new novel, The Silence of the Girls, will be published by Hamish Hamilton in August 2018.

1. The Eye in the Door Barker, Pat