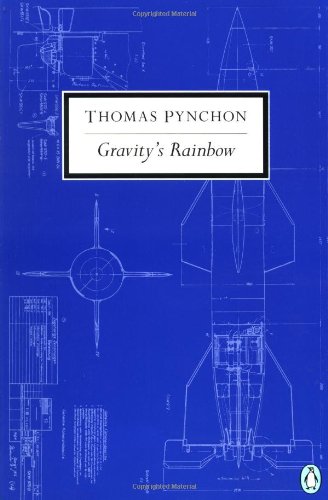 Tyrone Slothrop, a GI in London in 1944, has a big problem. Whenever he gets an erection, a Blitz bomb hits. Slothrop gets excited, and then (as Thomas Pynchon puts it in his sinister, insinuatingly sibilant opening sentence), "a screaming comes across the sky," heralding an angel of death, a V-2 rocket. The novel's title, Gravity's Rainbow, refers to the rocket's vapor arc, a cruel dark parody of what God sent Noah to symbolize his promise never to destroy humanity again. History has been a big trick: the plan is to switch from floods to obliterating fire from the sky.

Thomas Pynchon is the author of V., The Crying of Lot 49, Gravity’s Rainbow, Slow Learner, a collection of short stories, Vineland, Mason & Dixon, Against the Day, Inherent Vice, and Bleeding Edge. He received the National Book Award for Gravity’s Rainbow in 1974.