Items related to Hitler: A Study in Tyranny

Hitler: A Study in Tyranny 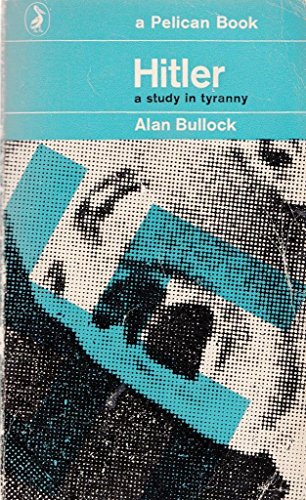 [From Preface to the Revised Edition] The author began this study with two questions in mind. The first, suggested by much that was said at the Nuremberg Trials, was to discover how great a part Hitler played in the history of the Third Reich and whether Göring and the other defendants were exaggerating when they claimed that under the Nazi regime the will of one man, and of one man alone, was decisive. This led to the second and larger question: if the picture of Hitler given at Nuremberg was substantially accurate, what were the gifts Hitler possessed which enabled him first to secure and then to maintain such power. Author Bullock determined to reconstruct, so far as he was able, the course of Hitler's life from his birth in 1889 to his death in 1945, in the hope that this would enable him to offer an account of one of the most puzzling and remarkable careers in modern history. The book is cast, therefore, in the form of a historical narrative, interrupted only at one point by a chapter in which the author has tried to present a portrait of Hitler on the eve of his greatest triumphs (Chapter 7). Bullock notes that he has not attempted to write a history of Germany, nor a study of government and society under the Nazi regime. His theme is not dictatorship, but the dictator, the personal power of one man, although it may be added that for most of the years between 1933 and 1945 this is identical with the most important part of the history of the Third Reich. The bibliography printed at the end sets out the sources on which this study is based. In the ten years since this book was first published much new material has appeared which throws light on the history of the Nazi Party and the Third Reich. The author has taken the opportunity of a new edition to make a thorough revision of the whole text, taking this material into account and, where it seemed necessary, rewriting in order to make use of it.

Alan Bullock, Baron Bullock, was born in 1914. He studied at Oxford University and served as a research assistant to Winston Churchill while writing his A History of the English-Speaking Peoples. He was a history fellow at New College, Oxford, helped found St Catherine's College, Oxford, and was Vice-Chancellor for the university. A renowned modern historian, Bullock was made a life peer in 1976. He died in 2004.

HITLER: A STUDY IN TYRANNY