Items related to The Knights, Peace, Wealth/the Birds, the Assemblywomen... 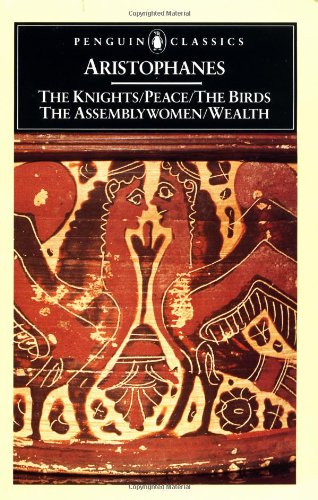 The plays in this volume all contain Aristophanes' trademark bawdy comedy and dazzling verbal agility. In The Birds, two frustrated Athenians join the birds to build the utopian city of 'Much Cuckoo in the Clouds'. The Knights is a venomous satire on Cleon, a prominent Athenian demagogue, while The Assembly Women deals with the battle of the sexes as the women of Athens infiltrate the all-male Assembly in disguise. The lengthy conflict with Sparta is the subject of Peace, inspired by the hope of a settlement in 421 BC, and Wealth reflects on the economic catastrophe that hit Athens after the war.

Stephen Halliwell is Professor of Greek at the University of St Andrews.