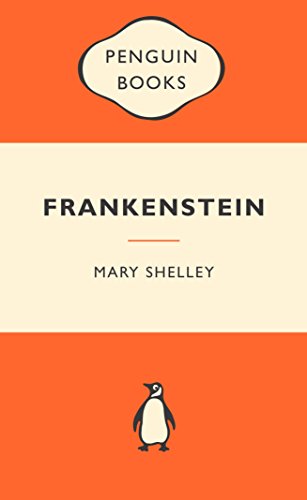 Victor frankenstein is obsessed with the secret of resurrecting the dead but when he makes a new man out of plundered corpses, his hideous creation fills him disgust rejected by all humanity, the creature sets out to destroy frankenstein and everyone he loves and as the monster gets ever closer to his maker, hunter becomes prey in a lethal chase that carries them to the very end of the earth about author: about the author mary wollstonecraft shelley was born in england on august 30, 1797 her parents were two celebrated liberal thinkers, william godwin, a social philosopher, and mary wollstonecraft, a womens rights advocate eleven days after marys birth, her mother died of puerperal fever four motherless years later, godwin married mary jane clairmont, bringing her and her two children into the same household with mary and her half-sister, fanny marys idolization of her father, his detached and rational treatment of their bond, and her step-mothers preference for her own children created a tense and awkward home marys education and free-thinking were encouraged, so it should not surprise us today that at the age of sixteen she ran off with the brilliant, nineteen-year old and unhappily married percy bysshe shelley shelley became her ideal, but their life together was a difficult one traumas plagued them: shelleys wife and marys half-sister both committed suicide; mary and shelley wed shortly after he was widowed but social disapproval forced them from england; three of their children died in infancy or childhood; and while shelley was an aristocrat and a genius, he was also moody and had little money mary conceived of her magnum opus, frankenstein, or the modern prometheus, when she was only nineteen when lord byron suggested they tell ghost stories at a house party the resulting book took over two years to write and can be seen as the brilliant creation of a powerful but tormented mind the story of frankenstein has endured nearly two centuries

Book Description Penguin Books Ltd, 2009. Paperback. Condition: New. Paperback. Victor Frankenstein is obsessed with the secret of resurrecting the dead. But when he makes a new 'man' out of plundered corpses, his hideous creation fills him disgust.Rejected by all hum.Shipping may be from multiple locations in the US or from the UK, depending on stock availability. 288 pages. 0.170. Seller Inventory # 9780141045115

Book Description Penguin Books Ltd, 2009. Paperback. Condition: New. Paperback. Victor Frankenstein is obsessed with the secret of resurrecting the dead. But when he makes a new 'man' out of plundered corpses, his hideous creation fills him disgust.Reject.Shipping may be from our Sydney, NSW warehouse or from our UK or US warehouse, depending on stock availability. 288 pages. 0.170. Seller Inventory # 9780141045115