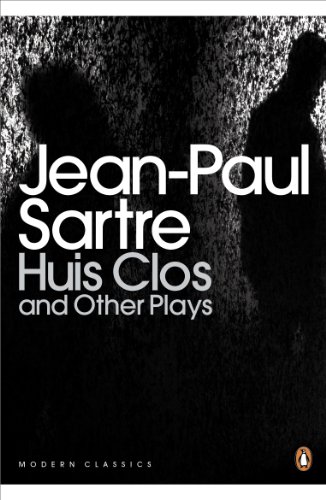 These three plays, diverse in subject but thematically coherent, illuminate one of Sartre's major philosophical concerns: the struggle to live and act freely in a complex and constricting world. "Lucifer and the Lord", Sartre's favourite among his plays, explores this theme in depth, dealing in the process with fundamental questions of faith and disillusionment; in "Huis Clos" - arguably Sartre's most important play - he contends that 'Hell is other people', and details the afterlife of three souls trapped together in locked room and the torments that they inflict on each other; while "The Respectable Prostitute", set in the Deep South of America, is concerned with racism, subjugation and the demands of conscience.

Philosopher, novelist, playwright and polemicist, Jean-Paul Sartre is thought to have been the central figure in post-war European culture and political thinking. His most well-known works, all of which are published by Penguin, include THE AGE OF REASON, NAUSEA and IRON IN THE SOUL.

1. Huis Clos and Other Plays

2. Huis Clos and Other Plays

3. Huis Clos And Other Plays

4. Huis Clos and other Plays: "The Respectable Prostitute"; "Lucifer and the Lord"; "Huis Clos"