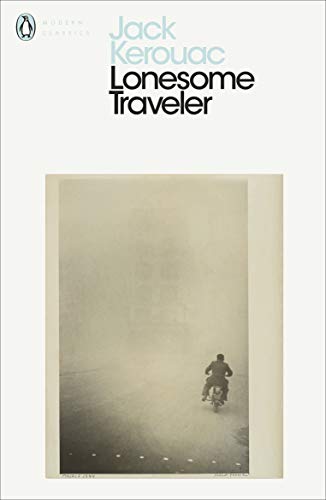 As he roams the US, Mexico, Morocco, Paris and London, Kerouac records life on the road in prose of pure poetry. Standing on the engine of a train as it rushes past fields of prickly cactus; witnessing his first bullfight in Mexico while high on opium; meditating on a sunlit roof in Tangiers or falling in love with Montmartre - Kerouac reveals both the endless diversity of human life and his own particular philosophy of self-fulfillment.

Jack Kerouac was born in Lowell, Massachusetts. His most famous novels are On the Road, The Subterraneans and The Dharma Bums. His first more orthodox published novel was The Town and the City. Jack Kerouac, who described himself as a 'strange solitary crazy Catholic mystic,' was working on his longest novel, a surrealistic study of the last ten years of his life when he died in 1969, aged forty-seven. Other works by Jack Kerouac include Big Sur, Desolation Angels, Lonesome Traveler, Visions of Gerard, Tristessa, and a book of poetry called Mexico City Blues. On the Road: The Original Scroll, the full uncensored transcription of the original manuscript of On the Road, is published by Penguin Modern Classics.

Book Description 2000. Paperback. Condition: New. Paperback. A timeless travelogue from the leading light of the Beat Generation, Jack Kerouac's Lonesome Traveller is a jubilant celebration of human discovery, published in Penguin Modern Classics.As.Shipping may be from multiple locations in the US or from the UK, depending on stock availability. 160 pages. 0.150. Seller Inventory # 9780141184906

Book Description 2000. Paperback. Condition: New. Paperback. A timeless travelogue from the leading light of the Beat Generation, Jack Kerouac's Lonesome Traveller is a jubilant celebration of human discovery, published in Penguin Moder.Shipping may be from our Sydney, NSW warehouse or from our UK or US warehouse, depending on stock availability. 160 pages. 0.150. Seller Inventory # 9780141184906