Items related to Don't Look Now And Other Stories 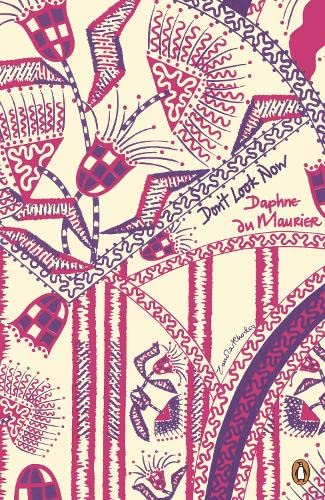 The 1970s was a decade of anger and discontent. Britain endured power cuts and strikes. America pulled out of Vietnam and saw its President resign from office. Feminism and face lifts vied for women's hearts (and minds). And prog rock, punk and disco weren't just music but for some were ways of life. Daphne du Maurier's Don't Look Now was published in 1971 and became a haunting film in 1973. It describes a young couple who travel to Venice to try and escape the pain of their daughter's death. Instead of laying their ghosts to rest, however, they find themselves caught up in a series of increasingly strange and violent events, in a brilliant meditation on loss, fear and fate.

Daphne du Maurier was born of a famous theatrical family in 1907, and had her first novel published in 1931. She became a bestselling author when living in Cornwall writing a series of romantic novels set there, most famously Rebecca which was filmed by Alfred Hitchcock. Two of her short stories, The Birds and Don't Look Now were also made into famous films. Dame Rebecca died in 1989.

One of the most shocking plot twists in all of literature. It hits you like a freight train * Gillian Flynn * Don't Look Now is a strange and intimate masterpiece: a perfect distillation of the confusion and desire that attend grief, which, as the story progresses, adventures forward through the winding streets of Venice with the logic of nightmare -- Ethan Rutherford * NPR Books *

Don't Look Now and Other Stories

Book Description Condition: Good. This is an ex-library book and may have the usual library/used-book markings inside.This book has soft covers. In good all round condition. Please note the Image in this listing is a stock photo and may not match the covers of the actual item,350grams, ISBN:9780141191133. Seller Inventory # 9050648

Shipping: US$ 12.73
From United Kingdom to U.S.A.
Destination, rates & speeds

Book Description Paperback. Condition: Very Good. The book has been read, but is in excellent condition. Pages are intact and not marred by notes or highlighting. The spine remains undamaged. Seller Inventory # GOR002338245

Shipping: US$ 15.02
From United Kingdom to U.S.A.
Destination, rates & speeds

Book Description Paperback. Condition: Fair. A readable copy of the book which may include some defects such as highlighting and notes. Cover and pages may be creased and show discolouration. Seller Inventory # GOR006429423

Shipping: US$ 15.02
From United Kingdom to U.S.A.
Destination, rates & speeds

Book Description Paperback. Condition: Very Good. Connecting readers with great books since 1972! Used books may not include companion materials, and may have some shelf wear or limited writing. We ship orders daily and Customer Service is our top priority!. Seller Inventory # S_348351183

Shipping: US$ 35.67
From United Kingdom to U.S.A.
Destination, rates & speeds

Book Description Paperback. Condition: Very Good. Item is in very good condition. If supplemental codes/CDs for textbooks are required please contact us prior to purchasing as they may be missing. Photos are stock pictures and not of the actual item. Seller Inventory # DS-0141191139-2