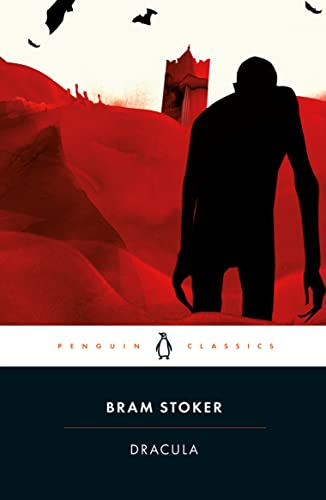 When Jonathan Harker visits Transylvania to help Count Dracula purchase a London house, he makes horrifying discoveries in his client's castle. Soon afterwards, disturbing incidents unfold in England: a ship runs aground on the shores of Whitby, its crew vanished; beautiful Lucy Westenra slowly succumbs to a mysterious, wasting illness, her blood drained away; and the lunatic Renfield raves about the imminent arrival of his 'master'. In the ensuing battle of wills between the sinister Count and a determined group of adversaries - led by the intrepid vampire hunter Abraham van Helsing - Bram Stoker created a masterpiece of the horror genre, probing into questions of identity, sanity and the dark corners of Victorian sexuality and desire.

For this completely updated edition, Maurice Hindle has revised his introduction, list of further reading and notes, and added two appendices: Stoker's essay on censorship and his interview with Winston Churchill, both published in 1908. Christopher Frayling's preface discusses the significance and the influences that contributed to his creation of the Dracula myth.

Dracula is one of the few horror books to be honored by inclusion in the Norton Critical Edition series. (The others are Frankenstein, The Turn of the Screw, Heart of Darkness, The Picture of Dorian Gray, and The Metamorphosis.) This 100th-anniversary edition includes not only the complete authoritative text of the novel with illuminating footnotes, but also four contextual essays, five reviews from the time of publication, five articles on dramatic and film variations, and seven selections from literary and academic criticism. Nina Auerbach of the University of Pennsylvania (author of Our Vampires, Ourselves) and horror scholar David J. Skal (author of Hollywood Gothic, The Monster Show, and Screams of Reason) are the editors of the volume. Especially fascinating are excerpts from materials that Bram Stoker consulted in his research for the book, and his working papers over the several years he was composing it. The selection of criticism includes essays on how Dracula deals with female sexuality, gender inversion, homoerotic elements, and Victorian fears of "reverse colonization" by politically turbulent Transylvania.

While serving as actor Henry Irving's business manager at the Lyceum Theatre in London, Bram Stoker (1847-1912) also pursued his literary interests. In this Gothic horror novel of 1897, which brought him international fame, he presents the chilling vampire Count Dracula, modelled in part on Irving's powerful personality.

Book Description Paperback. Condition: New. Ang Lee (illustrator). Revised ed. Language: English. Brand new Book. 'The very best story of diablerie which I have read for many years' Arthur Conan DoyleA masterpiece of the horror genre, Dracula also probes identity, sanity and the dark corners of Victorian sexuality and desire. It begins when Jonathan Harker visits Transylvania to help Count Dracula purchase a London house, and makes horrifying discoveries in his client's castle. Soon afterwards, disturbing incidents unfold in England - an unmanned ship is wrecked; strange puncture marks appear on a young woman's neck; a lunatic asylum inmate raves about the imminent arrival of his 'Master' - and a determined group of adversaries prepare to battle the Count. Edited with an Introduction and notes by MAURICE HINDLEWith a Preface by CHRISTOPHER FRAYLING. Seller Inventory # AAZ9780141439846