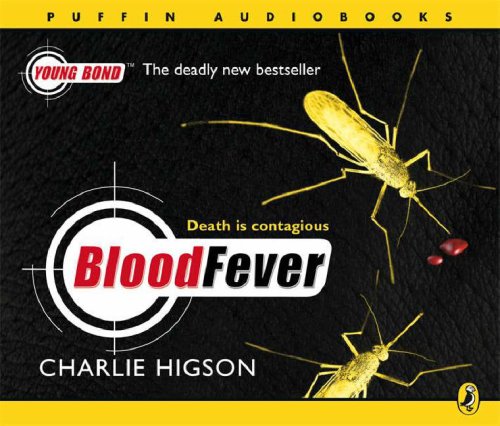 Charlie Higson is a well-known writer of screenplays and adult thriller novels. He's also a performer, co-creator of The Fast Show, and can currently be seen on BBC in Swiss Toni. Recently, people have begun to question whether this the whole truth - or whether, in fact, it's an elaborate cover for a far more dangerous, secret career. Silverfin was his first book for young readers.

Grade 5-8–What began as schoolboy fun leads to life-threatening adventure for 13-year-old James Bond when he stumbles upon members of an Italian secret society who speak only Latin. On break from the prestigious Eton School, James and his schoolmates travel with two teachers to the Mediterranean isle of Sardinia to study archaeological ruins. James later stays with his cousin and a famous artist who become the target of an art theft. It turns out that one of James's teachers is a spy for the Millenaria society, which is conducting a series of art heists throughout England and Europe for a megalomaniacal man based on Sardinia. James and the new friends whom he meets on the island must find a way to rescue a kidnapped English girl and to stop the villain who wants to relive the days of the Roman emperors. The story occurs sometime between the World Wars and during the reign of Mussolini. It involves piracy, danger, violence, and intrigue. With its highly descriptive style of writing, it's a fun, easy read, although the characters are not particularly well developed. Its greatest appeal might be to reluctant middle-school readers, but it would not receive as much attention if not for the 007 connection.–Corinda J. Humphrey, Los Angeles Public Library
Copyright © Reed Business Information, a division of Reed Elsevier Inc. All rights reserved.

Book Description Paperback. Condition: Very Good. The book has been read, but is in excellent condition. Pages are intact and not marred by notes or highlighting. The spine remains undamaged. Seller Inventory # GOR006321875

Shipping: US$ 7.56
From United Kingdom to U.S.A.
Destination, rates & speeds

Book Description Hardcover. Condition: Good. Minor surface scratches to the disc. Good condition is defined as: a copy that has been read but remains in clean condition. All of the pages are intact and the cover is intact and the spine may show signs of wear. The book may have minor markings which are not specifically mentioned. Most items will be dispatched the same or the next working day. Seller Inventory # mon0017572079

Shipping: US$ 11.43
From United Kingdom to U.S.A.
Destination, rates & speeds