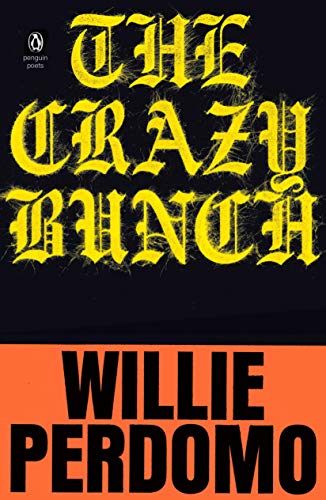 From a prize-winning poet, a new collection that chronicles a weekend in the life of a group of friends coming of age in East Harlem at the dawn of the hip-hop era

Willie Perdomo, a native of East Harlem, has won praise as a hip, playful, historically engaged poet whose restlessly lyrical language mixes "city life with a sense of the transcendent" (NPR.org). In his fourth collection, The Crazy Bunch, Perdomo returns to his beloved neighborhood to create a vivid, kaleidoscopic portrait of a "crew" coming of age in East Harlem at the beginning of the 1990s. In poems written in couplets, vignettes, sketches, riffs, and dialogue, Perdomo recreates a weekend where surviving members of the crew recall a series of tragic events: "That was the summer we all tried to fly. All but one of us succeeded."

Willie Perdomo is the author of three previous poetry collections: Where a Nickel Costs a Dime, a finalist for the Poetry Society of America's Norma Farber First Book Award; Smoking Lovely, the winner of the 2004 PEN Open Book Award; and The Essential Hits of Shorty Bon Bon, a finalist for the National Book Critics Circle Award. His work has been published in The New York Times Magazine, Poetry, BOMB and The Common. Perdomo teaches at the Phillips Exeter Academy.

In the Face of What You Remember

You remember, that was the summer of Up Rock, quarter water, speed knots, pillow bags, two-for-five, Jesus pieces, and Bambú. The Willie Bobo was turned up to ten, and some would’ve said that a science was dropped on our summer.
The summer that was lit with whispers of wild style, Rock Steady battles & white party plates made all kinds of moons on the playground foam.
The summer the Burner was used to eat & mandate, inspired Sunday sermons, became a literary influence with humming climaxes, a bribable tale, a dub tied to a string &  squashing beef wasn’t an option.
The summer of fresh shrills, and a future somersaulting off a monkey bar; a future placing bets that all us old heads, desperate to find a new cool, could not flip pure.
That was the summer that our grills dropped to below freezing.
Back then, Palo Viejo was thermal & therapy, bones were smoked in the cut, and you had to expect jungle gym giggle to be accompanied by buckshot.
That was the summer Charlie Chase hijacked megawatts from Rosa’s kitchenette, found gems in a milk crate, spun his one & twos below rims that still vibrated with undocumented double-dunks.
The same summer we became pundits & philosophers, poets & pushers; that we all tried to fly, but only one of us succeeded.
The summer that Papu turned up to extra status. The only one in the crew who had reduced fame’s window by a fifth when the camera panned his Cazal-laced Up Rock in the Roxy scene of Beat Street.
One could say we gave the Block gasp & gossip, body & bag, a folktale worth its morphology.
That was the season we had reason to rock capes & wings, chains & rings, some of us flew Higher than most, and tricks were hardly ever pulled from a hat; all that, & a bag of BBQ Bon Tons was enough for at least one of us to say,
I’m straight.