Items related to Modern Classics Traveller To The East

Modern Classics Traveller To The East 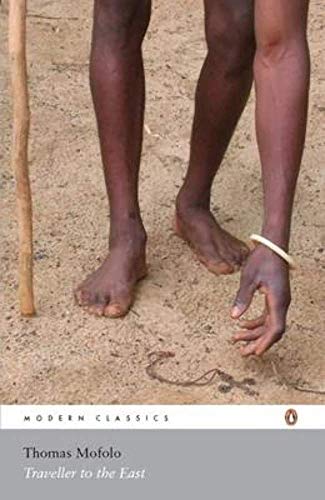 Thomas Mofolo (1877-1948) was born in a remote village of the then Basutoland Protectorate. He was educated mainly at Morija, where he worked as a factotum and proof-reader in their Book Depot. To celebrate the seventy-fifth anniversary of the Paris Evangelical Missionary Society there in 1907, the local Sesotho-language fortnightly paper, Leselinyana ('The Little Light'), began serialising his Moeti oa Bochabela in seventeen episodes. Initially signed only as by 'T M', the text was published in book form later that year with the author revealed to be one 'Thomase', the well-known indigenous member of the community, who thus became the first African novelist.