Items related to The Little Red Lighthouse and the Great Gray Bridge:... 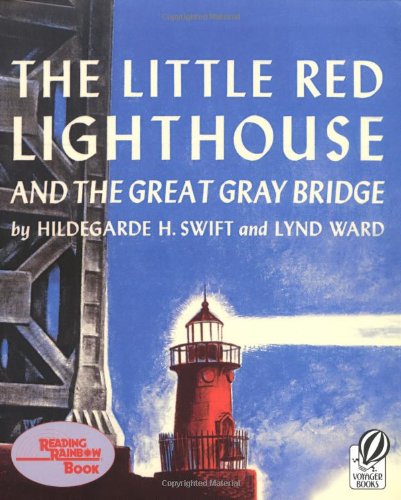 Lighting up readers' hearts and imaginations since it was first published in 1942.

HILDEGARDE H. SWIFT (1890-1977) wrote several books for children. Best known for The Railroad to Freedom, which was cited for a Newbery Honor, Ms. Swift spent her life recording the lives of heroic Americans. The Little Red Lighthouse and the Great Gray Bridge is her most popular picture book.

LYND WARD (1905-1985) illustrated more than two hundred books for children and adults throughout his prolific career. Winner of the Caldecott Medal for his watercolors in The Biggest Bear, Mr. Ward was also famous for his wood engravings, which are featured in museum collections throughout the United States and abroad.

"Lynd Ward's magnificent drawings have a fine sweep and power; at the same time they are drawn with real understanding of childhood."--The New York Times

"There is just enough humanizing in the pictures . . . to maintain the human spirit of the story and lead to its message: 'Each to his own place, little brother.'"--New York Herald Tribune

2. The Little Red Lighthouse and the Great Gray Bridge

4. The Little Red Lighthouse and the Great Gray Bridge (Paperback or Softback)