Items related to Spirits In Bondage: A Cycle Of Lyrics

C.S. Lewis Spirits In Bondage: A Cycle Of Lyrics

Spirits In Bondage: A Cycle Of Lyrics 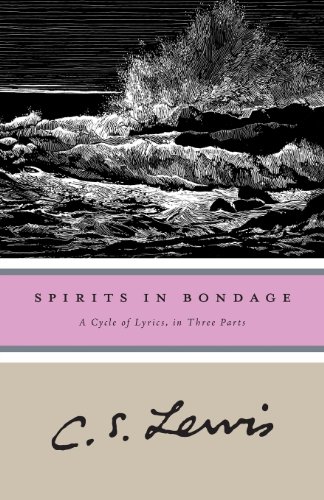 Published in 1919 when Lewis was only twenty, these early poems give an insight into the author's youthful agnosticism. The poems are written in various metrical forms, but are unified by a central idea, expressing his conviction that nature was malevolent and beauty the only true spirituality. Preface by Walter Hooper.

C. S. (Clive Staples) Lewis (1898-1963), one of the great writers of the twentieth century, alsocontinues to be one of our most influential Christian thinkers. A Fellow and tutor at Oxford until 1954, he spent the rest of his career as Chair of Medieval and Renaissance English at Cambridge. He wrote more than thirty books, both popular and scholarly, inlcudingThe Chronicles of Narnia series, The Screwtape Letters, The Four Loves, Mere Christianity and Surprised by Joy.

1. Spirits In Bondage: A Cycle Of Lyrics C.S. Lewis