Items related to Toward the Future 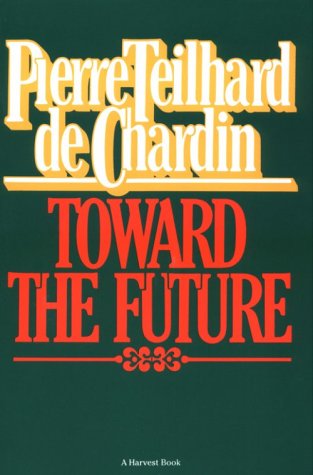 These essays derive from Teilhard's concern to reveal the true meaning of our age and to stimulate the "sense of man and sense of the Christian." The controversial essay "The Evolution of Chastity" was published here in its entirety for the first time. Foreword by N. M. Wildiers; Index. Translated by René Hague. A Helen and Kurt Wolff Book

Pierre Teilhard de Chardin (1881-1955) was a Jesuit priest and paleontologist who studied chemistry, physics, botany, and zoology and received his doctorate in geology. The author of several works of philosophy and religion, he is considered by many to be among the foremost thinkers of our time. Toward the Future was first published in 1973.