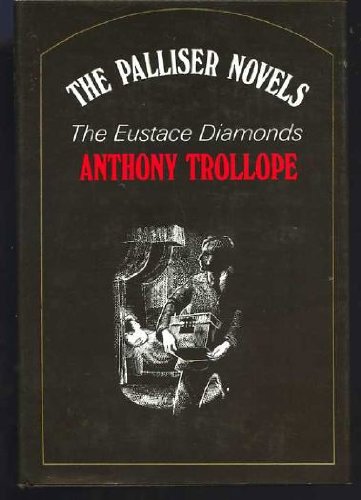 The unabridged classic on MP3 audio, narrated by Anais 9000. Three playback speeds on one disk; etext edition included. Running time: 25.3 hours (slow), 23.1 hours (medium), 21.0 hours (fast). A scheming blonde marries a man of wealth, but after his death, a legal action pits her against lawyers supposedly acting for the benefit of his heirs. Sound familiar?

Anthony Trollope's celebrated Parliamentary novels, of which The Eustace Diamonds (1873) is the third and most famous, are at once unfailingly amusing social comedies, melodramas of greed and deception, and precise nature studies of the political animal in its mid-Victorian habitat. With its purloined jewels, its conniving, resilient, mercenary heroine, and its partiality for the human spectacle in all its complexity, The Eustace Diamonds is a splendid example of Trollope's art at its most assured.

Anthony Trollope (1815-1882) grew up in London. He inherited his mother's ambition to write and was famously disciplined in the development of his craft. His first novel was published in 1847 while he was working in Ireland as a surveyor for the General Post Office. He wrote series of books set in the English countryside as well as those set in the political life, works that show great psychological penetration. One of his greatest strengths was his ability to re-create in his fiction his own vision of the social structures of Victorian England. The author of forty-seven novels, he was one of the most prolific and respected English novelists of the Victorian era.