Items related to A Philosophical Enquiry into the Origin of our Ideas...

Burke, Edmund A Philosophical Enquiry into the Origin of our Ideas of the Sublime and Beautiful (The World's Classics) 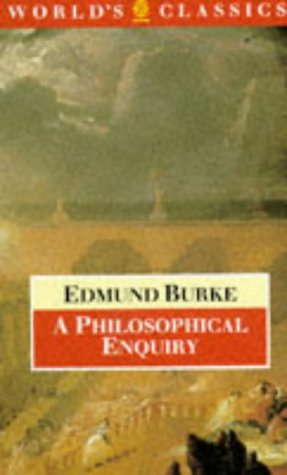 The "Philosophical Enquiry" is a study of the relationship between strong feelings and forms of art, that considers the inspired persuasiveness of certain kinds of writing alongside experience of the natural landscape, and is gradually being recognized as an important work of aesthetic theory. This eloquent and sometimes erotic book was long considered to be a piece of Burke's juvenilia, published when he was only 28. But it is a precursor of his later political writings, and clearly deals with a fashionable topic of intellectual preoccupation in the 18th-century. This work is also one of the first major works in European literature on the sublime, a subject that was later to fascinate thinkers from Kant and Coleridge in the 18th-century, to contemporary philosophers and literary critics. Adam Phillips has also edited Charles Lamb's "Selected Prose" and Walter Pater's "The Renaissance", as well as writing a study of his own entitled "Winnicott".

Edmund Burke, III is Professor of History at the University of California, Santa Cruz. He is the editor of "Rethinking World History: Essays on Europe, Islam and World History" by Marshall G.S. Hodgson (1993) and co-editor (with Ira Lapidus) of "Islam, Politics, and Social Movements" (California, 1988).

1. A Philosophical Enquiry into the Origin of our Ideas of the Sublime and Beautiful (The World's Classics)

2. A Philosophical Enquiry into the Origin of our Ideas of the Sublime and Beautiful (The World's Classics) Burke, Edmund and Phillips, Adam