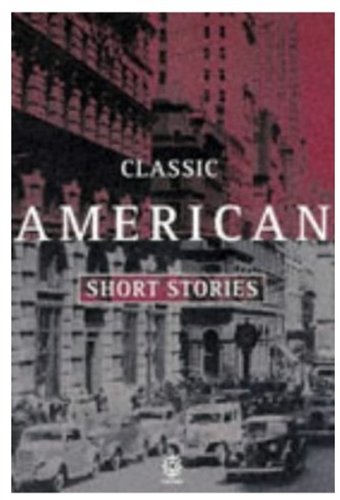 Although the short story precedes the beginnings of American literature by several centuries, few would disagree with Douglas Grant's assertion, expressed in his introduction to this marvelous collection, that "the American short story is one of the most distinct and important modern branches of the form."
These fourteen tales, each in its way significant and influential, provide a sound introduction to the art and tradition of the short story as American writers developed and extended its boundaries. The volume includes Nathaniel Hawthorne's My Kinsman, Major Molineux, Edgar Allan Poe's The Black Cat, Herman Melville's Benito Cereno, stories by Mark Twain, Ambrose Bierce, Hamlin Garland, and Jack London, Stephen Crane's The Open Boat, Henry James' The Beast in the Jungle, Edith Wharton's Roman Fever, Sherwood Anderson's I Want to Know Why, Katherine Anne Porter's A Day's Work, William Faulkner's Dry September, and Ernest Hemingway's The Short Happy Life of Francis Macomber.

About the Editor:
The late Douglas Grant was a scholar and critic.

`The Americans have always been the leaders in the short story field and this collection ... is a testament to that. This is a feast of writing without a doubt'
Beat Scene

`this is a sound selection/collection'
Brian Fallon, The Irish Times (Dublin)

`Douglas Grant confines himself to 14 heavyweights and uses their stories to illustrate the changing face of American fiction.'
Max Davidson, The Daily Telegraph