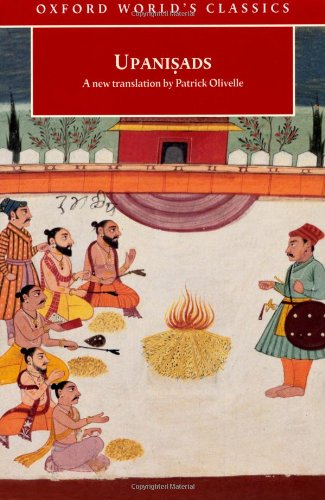 In the first major English translation of the ancient Upanisads for over half a century, Olivelle's work incorporates the most recent historical and philological scholarship on these central scriptures of Hinduism. Composed at a time of great social, economic, and religious change, the Upanisads document the transition from the archaic ritualism of the Veda into new religious ideas and institutions. The introduction and detailed notes make this edition ideal for the non-specialist as well as for students of Indian religions.

Patrick Olivelle is the Chair, Department of Asian Studies, and Director, Center for Asian Studies, at the University of Texas at Austin, where he is the Professor of Sanskrit and Indian Religion. Among his recent publications are: The Samnyasa Upanisads: Hindu Scriptures on Ascetism and Renunciation (Oxford, 1992), The Asrama System: History and Hermeneutics of a Religions Institution (Oxford, 1993), Rules and Regulations of Brahmanical Asceteicsm (State University of New York Press, 1994).