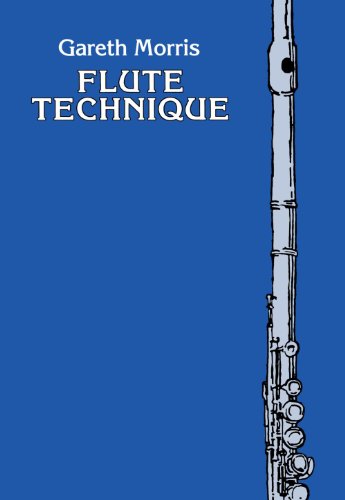 This book by the former Professor of Flute at the Royal Academy of Music (1945-1985) and Principal Flute of the Philharmonia Orchestra (1949-1972) is designed for professional and amateur alike. It contains detailed instructions for sound production, breath control, intonation, tonguing, and dynamics and offers sound advice on phrasing, tone, vibrato, and orchestral playing. There are annotated fingering charts showing normal fingerings, alternative fingerings, and trill fingerings, and a concise account of the history of the instrument. There is a useful repertory list and an appendix by Sebastian Bell (Principal Flute of the London Sinfonietta and current Professor of Flute at the RAM) describing avant-garde techniques.

'The book offers a wide-ranging summary of flute technique 'for both professional and amateur flute players' ... its very controversial style encourages experienced teachers and players to think a little more about their own assumptions. Certainly there are useful pointers in the book that may
remind one of the importance of a good fundamental technique when playing the instrument.'
Rupert Sherwood, International Journal of Music, Number 20, 1992