Items related to The Road to Oxiana

Byron, Robert The Road to Oxiana

The Road to Oxiana 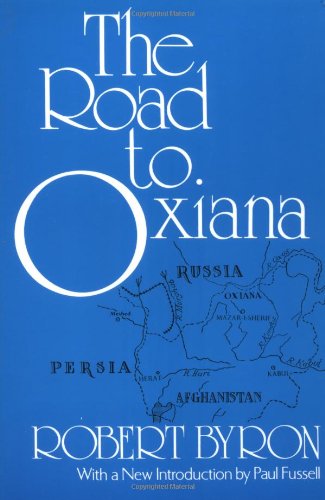 In 1933 the delightfully eccentric Robert Byron set out on a journey through the Middle East via Beirut, Jerusalem, Baghdad and Teheran to Oxiana -the country of the Oxus, the ancient name for the river Amu Darya which forms part of the border between Afghanistan and the Soviet Union. His arrival at his destination, the legendary tower of Qabus, although a wonder in itself, it not nearly so amazing as the thoroughly captivating, at times zany, record of his adventures.
In addition to its entertainment value, The Road to Oxiana also serves as a rare account of the architectural treasures of a region now inaccessible to most Western travellers. When Paul Fussell "rediscovered" The Road to Oxiana in his recent book Abroad, he whetted the appetite of a whole new generation of readers. In his new introduction, written especially for this volume, Fussell writes: "Reading the book is like stumbling into a modern museum of literary kinds presided over by a benign if eccentric curator. Here armchair travellers will find newspaper clippings, public signs and notices, official forms, letters, diary entries, essays on current politics, lyric passages, historical and archaeological dissertations, brief travel narratives (usually of comic-awful delays and disasters), and--the triumph of the book--at least twenty superb comic dialogues, some of them virtually playlets, complete with stage directions and musical scoring."

1. The Road to Oxiana

2. The Road to Oxiana

3. The Road to Oxiana

4. The Road to Oxiana Byron, Robert and Fussell, Paul