Items related to Mind, Brain, and Adaptation in the Nineteenth Century:...

Young, Robert M. Mind, Brain, and Adaptation in the Nineteenth Century: Cerebral Localization and Its Biological Context from Gall to Ferrier (History of Neuroscience)

Mind, Brain, and Adaptation in the Nineteenth Century: Cerebral Localization and Its Biological Context from Gall to Ferrier (History of Neuroscience) 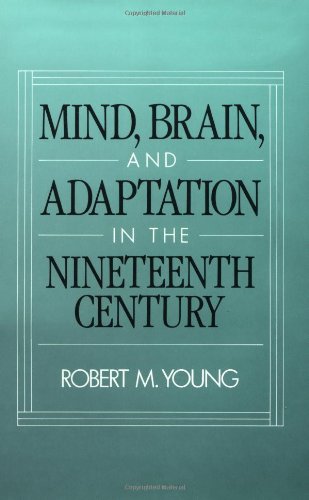 This is a reissue of a book published by the Clarendon Press in 1970 with a new introduction to take account of recent developments in the history of 19th century neuroscience. The author examines ideas of the nature and localization of the functions of the brain in the light of the philosophical constraints at work in the sciences of mind and brain in the 19th century. Particular attention is paid to phrenology, sensory--motor physiology, associationist psychology, and the theory of evolution as applied to the study of psychology. The author argues that the methods and assumptions of modern science achieved apparent success in this domain at the expense of the biological approach which justified the integration of formerly disparate traditions. The method of historical case study is used to illuminate the assumptions of current research.

"Anyone with the slightest acquaintance with the cultural history of the period must have been amused and puzzled by the interest obviously taken by the educated classes, around the early middle of the century, in the pseudo-science of phrenology. Mr. Young fairly and firmly "places" its
surprising role in both the history of the concept of cerebral localization and in the development of psychology as a biological science. . . . His book as a whole seems a model for the writing of the history of science." --The New York Review of Books

"This book will be of much interest to neurologists, for the author, from King's College, Cambridge, has written a meticulously documented history of thought upon the nature of cerebral localization from the eighteenth century . . . . until late in the next century . . . His subtitle "Cerebral
localization and its biological content from Gall to Ferrier" is enough to stimulate anyone to read his book, but it gives little ideas of its astonishing content and scope. It must be the most important work upon the evolution of thought upon the results of cerebral function written in the decade
now ending." --Brain

""Psychology," said Norman Weiner, "is like a tapeworm that keeps losing segments to physiology." This is essentially the message of this absorbing book, which traces the history of the concepts of cerebral localization of function and of the relation of organisms to their environments . . .
. There is a clue in the introduction that Young may be planning a further study. His readers will be waiting for it, for this volume is of unusual excellence. Read it." --Science

"This volume should be in every serious medical library and purchased by any scientist or psychologist who has an interest in cerebral localization and by students who thirst for the origins of ideas in neuroscience . . . . a wonderful trip through the history of neuroscience . . . . the value
of Young's book has increased tenfold since the first edition." --The Blors Organization

1. Mind, Brain, and Adaptation in the Nineteenth Century: Cerebral Localization and Its Biological Context from Gall to Ferrier (History of Neuroscience)