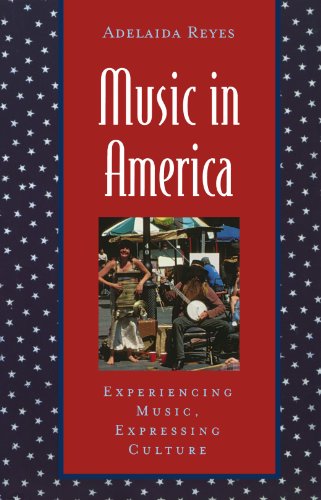 Music in America is one of several case-study volumes that can be used along with Thinking Musically, the core book in the Global Music Series. Thinking Musically incorporates music from many diverse cultures and establishes the framework for exploring the practice of music around the world. It sets the stage for an array of case-study volumes, each of which focuses on a single area of the world. Each case study uses the contemporary musical situation as a point of departure, covering historical information and traditions as they relate to the present.
America's music is a perennial work in progress. Music in America looks at both the roots of American musical identity and its many manifestations, seeking to answer the complex question: "What does American music sound like?" Focusing on three themes--identity, diversity, and unity--it explores where America's music comes from, who makes it, and for what purpose. Rather than chronologically tracing America's musical history, author Adelaida Reyes considers how musical culture is shaped by space and time, by geography and history, by social, economic, and political factors, and by people who use music to express themselves within a community. Introducing the diversity that dominates the contemporary American musical landscape, Reyes draws on a dazzling range of musical styles--from ethnic and popular music idioms to contemporary art music--to highlight the ways in which sounds from various cultural origins come to share a national identity.
Packaged with a 65-minute CD containing examples of the music discussed in the book, Music in America features guided listening and hands-on activities that allow readers to become active participants in the music.