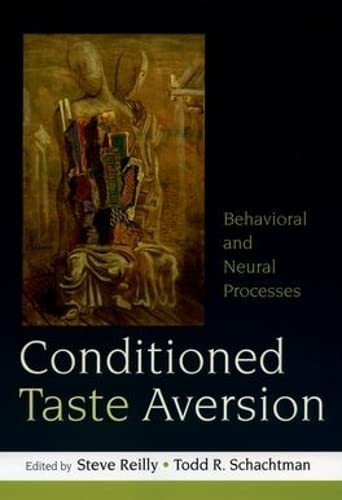 Conditioned taste aversion is arguably the most important learning process that humans and animals possess because it prevents the repeated self-administration of toxic food. It has not only profoundly influenced the content and direction of learning theory, but also has important human nutritional and clinical significance. In addition to its direct relevance to food selection, dietary habits, and eating disorders, it is significant for certain clinical populations that develop it as a consequence of their treatment. The study of conditioned taste aversions has invigorated new theory and research on drug conditioning and addictions, as well as on conditioned immunity. There has also been a substantial amount of recent research exploring the neural substrates of conditioned taste aversion--its neuroanatomy, pharmacology, and role in the molecular and cellular basis of plasticity.

This book provides a definitive perspective on the current state of research, theory, and clinical applications for conditioned taste aversion effects and methodology. In each chapter, a leading scholar in the field presents a broad range of studies, along with current findings on the topic, highlighting both the major theoretical landmarks and the significant new perspectives. It will be an important resource for both professional and student researchers, who study conditioning, learning, plasticity, eating disorders, and dietary and ingestive behaviors in neuroscience, cognitive neuroscience, cognitive psychology, developmental psychology, clinical psychology, psychopharmacology, and medicine.

Steve Reilly obtained his D.Phil. from the University of York, England, for research concerning the neural basis of learning and memory. He has held positions in Canada and the USA (Pennsylvania State University College of Medicine) and since 1996, has been in the Department of Psychology at the University of Illinois at Chicago. His research focuses on the neural mechanisms and functional neuroanatomy of conditioned taste aversion learning and incentive learning. Dr. Reilly is currently on the editorial boards of the International Journal of Comparative Psychology and Behavioral Neuroscience.

"The science on conditioned taste aversion in this book is detailed and expansive...[W] orthwhile for those readers enthralled with the topic and interested in animal research."--Doody's Health Sciences Review

Book Description Condition: New. Brand New Original US Edition.We Ship to PO BOX Address also. EXPEDITED shipping option also available for faster delivery.This item may ship fro the US or other locations in India depending on your location and availability. Seller Inventory # AUDECC-10633