Items related to The Life of Muhammad: A translation of Ishaq's...

Guillaume, Alfred The Life of Muhammad: A translation of Ishaq's Sirat Rasul Allah

The Life of Muhammad: A translation of Ishaq's Sirat Rasul Allah 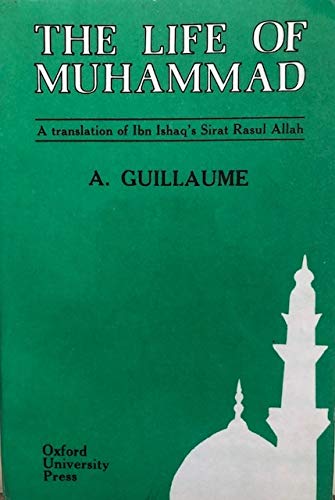 Professor Guillaume's translation of the Sira of Ibn Iss-Haq is now reissued. The translator used Ibn Hisham's abridgement and also included many additions and variants found in the writings of early authors. The book thus presents in English practically all that is known of the life of the Prophet. In the introduction, the translator discusses the character of the Sira in the light of the opinion of early Arabian scholars, noting especially the difficulties of the poetry. As the earliest monument of Arabian prose literature, the Sira remains a work of the first importance.

Ibn Ishaq (Arabic meaning "the son of Isaac) was a Muslim historian who died in 768.