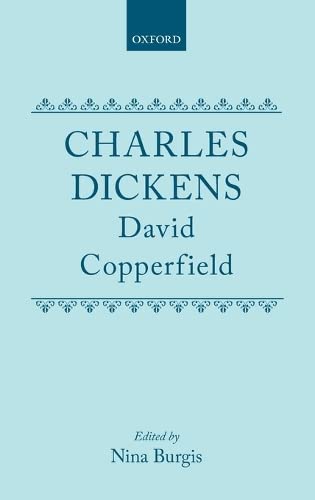 Please note that this is an MP3-CD. This is also available on cassette.

In a preface to this novel, Dickens described David Copperfield as his “favorite child,” and the story has remained among the favorites of Dickens’ readers, too, with the characters of Betsy Trotwood, Mr. Pegotty, Uriah Heep, and Wilkins Micawber as well as David himself becoming part of the fabric of Western culture. This facsimile reprint is of the Household Edition of the Works of Charles Dickens, published in the 1870s; the edition makes the work available again in a form in which tens of thousands of Victorians read it―in two-column format, interspersed with illustrations throughout.

David Copperfield was originally published in nineteen monthly parts between May 1, 1849 and November 1, 1850.* Each part except the last was of roughly the same length; the final installment was approximately twice as long as the others (and sold for 2 shillings, twice the price of previous parts). For the original serial publication, as well as early publication in book form, David Copperfield was illustrated by Hablot Browne (more commonly known as “Phiz”).

This is one of a series from Broadview Press of facsimile editions―editions that provide readers with a direct sense of these works as the Victorians themselves experienced them.