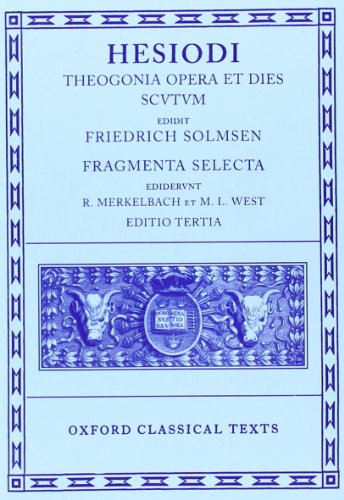 This invaluable new edition incorporates additional fragments contained in the appendix of the second edition, and includes some further discoveries, recent research on the relative placing of certain papyrus fragments, and an updated index of names.

Book Description Oxford University Press, United Kingdom, 2010. Hardback. Condition: New. 3rd Revised edition. Language: Latin. Brand new Book. In this new and third edition, the additional fragments contained in the appendix of the second edition have been incorporated in the main text. Some further discoveries have been included, and reference has been made to the results of recent research on the relative placing of certain papyrus fragments. The index of names has been brought up to date. Seller Inventory # AOP9780198140719