Items related to The Life of Adam Smith

The Life of Adam Smith 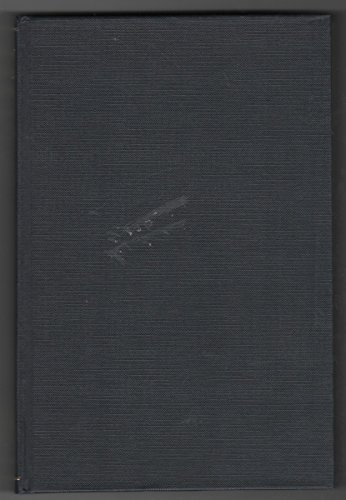 Few would argue that Adam Smith was one of the great minds of the eighteenth century. He is perceived through his best-known book, The Wealth of Nations, as the founder of economics as a science, and his ideas about the free market and the role of the state (in relation to it) continue to influence modern economic thought. Yet Smith achieved even more as a man of letters, as a moralist, historian, and critic.
The Life of Adam Smith, the first full-scale biography of Smith in a hundred years, is a superb account of Smith's life and work, encompassing a career that spanned some of the defining moments in world history, including the American and French Revolutions. Here author Ian Simpson Ross examines Smith's family life, education, career, intellectual circle (including David Hume and Francois Quesnay), and his contemporaries (the likes of Immanuel Kant, Voltaire, and Thomas Jefferson), bringing to life this great thinker and author. Readers will meet Smith as a student at a lively Glasgow University and at a sleepy Oxford; a freelance lecturer delivering popular classes on rhetoric; an innovative university teacher ("by far the most useful, and therefore," Smith wrote, "by far the happiest and most honourable period of my life"); then a tutor travelling abroad with a Duke; an acclaimed political economist; a policy advisor to governments during and after the American Revolution; and finally, if paradoxically in view of his strongly held tenets, a Commissioner of Customs coping with free traders in the smuggling business. But it his impact as a writer that continues to set Adam Smith apart today. The Wealth of Nations, published in 1776, as the British Parliament was deep in debate about the American colonies, continues to influence modern economic theory throughout the world. Ross sheds new light on this classic work and on its meaning for today. And he also paints a vivid portrait of Smith's personal life, revealing a man of singular generosity of spirit, who believed that with wit and logic and sensitivity to our feelings, we might aspire to virtue rather than wealth, and so become members of a truly civil society.
Upon Adam Smith's death in 1790, a friend wrote of him, "Happy are those who at the close of life can reflect that they have lived to a valuable purpose by contributing, as he did, to enlighten mankind, and to spread the blessings of peace and liberty and virtue." The Life of Adam Smith illuminates the world of a man whose legacy of thought concerns and affects us all.

In this, the first full-scale biography of Adam Smith for a hundred years, Ian Simpson Ross brings his subject into historical light as a thinker and author by examining his family circumstance, education, career, and social and intellectual circle, including David Hume and Francois Quesnay. Smith's life is revealed through his correspondence, archival documents, the reports of contemporaries, and the record of his publications. This is the life of a Scottish moral philosopher whose legacy of thought concerns and affects us all. Its lively and informed account will appeal to those interested in the social and intellectual milieu of the eighteenth century, and in Scottish history. Economists and philosophers will find much to read about the history of their disciplines, supported by full documentation.

About the Author:
Ian Simpson Ross is Emeritus Professor of English at the University of British Columbia. He is the author of Lord Kames and the Scotland of His Day and William Dunbar and the co-editor of The Correspondence of Adam Smith, with E. C. Mossner.

1. THE LIFE OF ADAM SMITH

2. The Life of Adam Smith

3. The Life of Adam Smith

4. The Life of Adam Smith

5. The Life of Adam Smith

7. The Life of Adam Smith