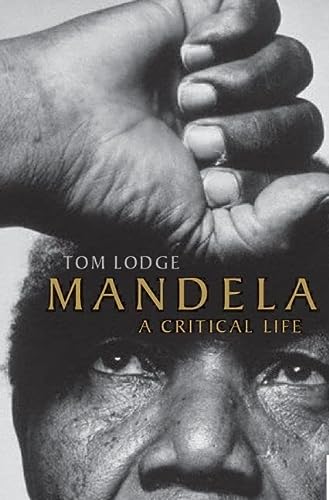 Striking in appearance--six foot four and physically imposing--with an aristocratic bearing and incredible charm and self-assurance, Nelson Mandela is the greatest African leader in modern history, an iconic figure the world over.
Now, in this new and highly revealing biography, Tom Lodge draws on a wide range of original sources to uncover a host of fresh insights about the shaping of Mandela's personality and public persona, from his childhood days and early activism, through his twenty-seven years of imprisonment, to his presidency of the new South Africa. The book follows Mandela from his education at two elite Methodist boarding schools to his role as a moderating but powerful force in the African National Congress. Throughout, Lodge emphasizes the crucial interplay between Mandela's public career and his private world, revealing how Mandela drew moral and political strength from encounters in which everyday courtesy and even generosity softened conflict. Indeed, the lessons Mandela learned as a child about the importance of defeating ones opponents without dishonoring them were deeply engrained. They shaped a politics of grace and honor that was probably the only approach that could have enabled South Africa's relatively peaceful transition to democracy.
Here then is a penetrating look at one of the most celebrated political figures of our time, illuminating a pivotal moment in recent world history.

"Authoritative and fair-minded...deserves to be read widely."
--Adam Roberts, The Economist

"A fascinating, indeed riveting, and plausible as well as persuasive examination of why Nelson Mandela should have acquired a world following and can remain as he does an iconic figure even in the 21st century. It is certain to provoke much heated debate."
--Desmond Tutu

Tom Lodge is Professor of Peace and Conflict Studies at Limerick University in Ireland. He has worked in the United States as Director of the Africa Program at the Social Science Research Council. He is the author of five other books on South African politics, including an authoritative history of the post-Second World War history of black resistance.

Nelson Mandela is perhaps the world's most revered living political figure for his role in transforming South Africa into a true democracy. In this illuminating bio, University of Limerick professor Lodge (Politics in South Africa) shows how Mandela's struggle for equality brought him to prominence. Though Mandela is hardly lacking biographers, Lodge makes an important contribution with his argument that Mandela's appeal rests on his ability to personify his political beliefs. Mandela's politics, which emphasize a mix of authority, empathy and respect for all people, are mirrored by his actions and behavior toward everyone he's come in contact with, thereby allowing his personal grace and dignity to be a political gesture. According to Lodge, Mandela's magnanimity serves as a model for a new kind of citizenship, one that embraces difference and the messiness of democracy without sacrificing the gentlemanly restraint Mandela associated with English political institutions. Lodge is careful to give Mandela an assertive role in this process, showing how he cultivated his own life story and his status as a martyr for justice in order to hasten the coming of democracy to his country. Vivid descriptions of the daily horrors of apartheid and the men and women around Mandela, such as his ex-wife Winnie and the troubled F.W. de Klerk, reveal the complicated world that Mandela ultimately and triumphantly managed to change. 17 b&w photos not seen by PW. (Sept. 30)
Copyright © Reed Business Information, a division of Reed Elsevier Inc. All rights reserved.

Book Description Oxford University Press, United Kingdom, 2007. Paperback. Condition: New. Language: English. Brand new Book. Nelson Mandela, the first African politician to acquire a world following, remains in the 21st century an iconic figure. But what are the sources of his almost mythic appeal? And to what extent did Mandela self-consciously create the status of political hero that he now enjoys? This new and highly revealing biography examines these questions in detail for the first time. Drawing on a range of original sources, it presents a host of fresh insights about the shaping of Mandela's personality and public persona, from his childhood days and early activism, through his long years of imprisonment, to his presidency of the new South Africa. Throughout, Lodge emphasizes the crucial interplay between Mandela's public career and his personal or private world, showing how hisheroic status was a product both of his leading position within the anti-apartheid movement and his own deliberate efforts to supply a form of quasi-messianic leadership for that movement. And as Lodge shows, Mandela's huge international appeal is a compelling and unusual cocktail. Of the sacred and the secular. Of traditional African values and global media savvy. And of human vulnerablilty, interwoven with the grand narrrative of liberation. Seller Inventory # AAS9780199219353

Book Description Condition: New. Brand New Original US Edition.We Ship to PO BOX Address also. EXPEDITED shipping option also available for faster delivery.This item may ship fro the US or other locations in India depending on your location and availability. Seller Inventory # AUDECC-38456