Items related to Frankenstein: Or the Modern Prometheus - The 1818 Text

Mary Shelley Frankenstein: Or the Modern Prometheus - The 1818 Text

Frankenstein: Or the Modern Prometheus - The 1818 Text 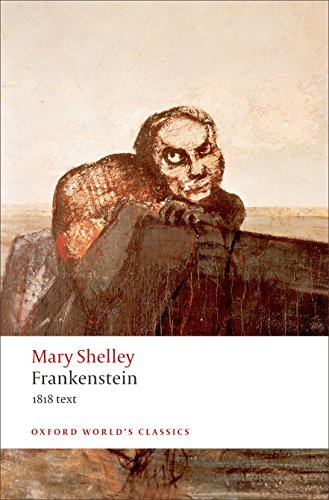 Shelley's enduringly popular and rich gothic tale, Frankenstein, confronts some of the most feared innovations of evolutionism and science--topics such as degeneracy, hereditary disease, and humankind's ability to act as creator of the modern world. This new edition, based on the harder and wittier 1818 version of the text, draws on new research and examines the novel in the context of the controversial radical sciences developing in the years following the Napoleonic Wars. In addition it shows the relationship of Frankenstein's experiment to the contemporary debate between champions of materialistic science and proponents of received religion.

1. Frankenstein: or `The Modern Prometheus': The 1818 Text Shelley, Mary Wollstonecraft and Butler, Marilyn

2. Frankenstein: Or the Modern Prometheus - The 1818 Text

3. Frankenstein or The Modern Prometheus: The 1818 Text (Oxford World's Classics)