Items related to The Feynman Lectures on Physics: Mainly Electromagnetism...

The Feynman Lectures on Physics: Mainly Electromagnetism and Matter ,Volume 2 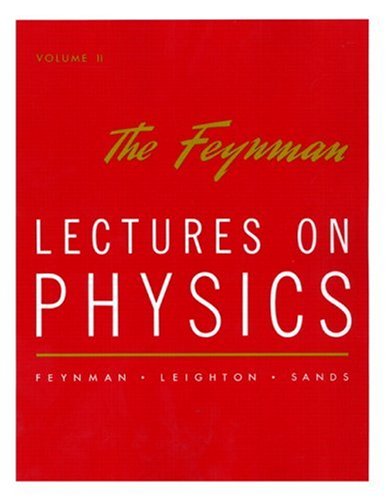 For more than thirty years, Richard P. Feynmanâ€™s three-volume Lectures on Physics has been known worldwide as the classic resource for students and professionals alike. Ranging from the most basic principles of Newtonian physics through such formidable theories as Einsteinâ€™s general relativity, superconductivity, and quantum mechanics, Feynmanâ€™s lectures stand as a monument of clear exposition and deep insight. Responding to the tremendous clamor for the original audio tapes from which the Lectures on Physics were transcribed, Persues Books is releasing Feynmanâ€™s original recordings, remastered for modern audio equipment and re-organized for cohesiveness and convenience. Timeless, and collectible, these tapes will serve as a comprehensive library of essential physics by a legend in science.The first two sets of recordings of Feynmanâ€™s landmark Lectures on Physics comprise a beginning and an advanced course on quantum mechanics, respectively.Volume 2 makes up a course in Advanced Quantum Mechanics and includes chapters on symmetry in physical laws, identical particles, symmetry and conservation laws, the hydrogen atom and the periodic table, and the SchrÃdinger equation in a classical context (this chapter also includes a seminar on superconductivity).

Richard P. Feynman was raised in Far Rockaway, New York, and received his Ph.D. from Princeton. He held professorships at both Cornell and the California Institute of Technology. In 1965 he received the Nobel Prize for his work on quantum electrodynamics. He died in 1988.

1. The Feynman Lectures on Physics: Mainly Electromagnetism and Matter ,Volume 2

4. The Feynman Lectures on Physics: Mainly Electromagnetism and Matter ,Volume 2