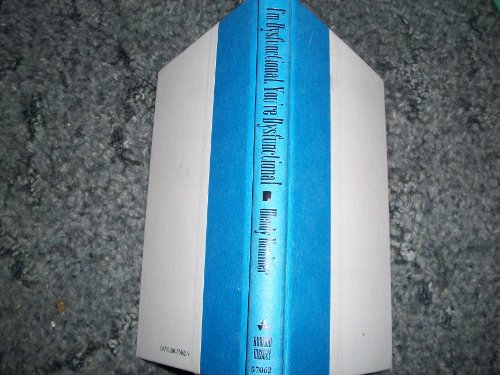 Examines America's obsession with self-help groups, argues that people are now rewarded for calling themselves dysfunctional, and discusses the social and political implications

"If a Nobel Prize were awarded for clarity and sanity in a world gone mad, Wendy Kaminer would be on her way to Stockholm." -- Newsday

Anyone who's ever wondered why talking about addiction has become so fashionable, shuddered on hearing an "adult child" compare his upbringing with the Holocaust, or felt that admitting one's powerlessness is a frightening prospect for a participatory democracy will be delighted by this bracingly outspoken and intelligent work of social criticism.

Whether she is infiltrating twelve-step meetings and codependency workshops or evaluating the claims of gurus from Shirley MacLaine to M. Scott Peck, Wendy Kaminer deftly diagnoses a national movement (and multi-million-dollar industry) with a strong tendency toward authoritarianism, a cult of victimhood, and a nasty streak of covert religiosity.

Controversial, original, and brilliantly reasoned, I'm Dysfunctional, You're Dysfunctional changes the way we think about self-help -- and helps us to think for ourselves.

"Explores...the ominous effect of all this institutionalized whining on our culture and politics...an incisive and provocative argument." -- Washington Post

"Extremely witty...Ms. Kaminer has a real gift for honing her anger to an epigrammatic edge....We can make good use of [her] skepticism."

Kaminer (A Fearful Freedom, 1990, etc.) examines and deplores the latest manifestations of America's historic obsession with self-help: 12-step recovery movements, confessional talk-shows, pop-psych quick-fix books, New Age philosophy, the men's movement, and contemporary popular religious phenomena, including the evangelical movement and the writings of Rabbi Harold S. Kushner. While acknowledging that AA and Narcotics Anonymous may be genuinely helpful to people suffering from addictions, Kaminer deplores what she sees as the tendency of these and other groups to instill in their members a sense of victimization, helplessness, and dependency on a higher power. In this trend, she sees a danger to democracy and the possible menace of totalitarianism. Trying to understand the attraction that these groups hold for ever- increasing numbers, she subscribes to Abraham Maslow's theory that self-actualization has been the only way to live a meaningful life ever since the perceived collapse, after WW II, of all sources of values outside the individual. But most people find self- actualization too hard, she says, and thus the field is wide open for the self-help gurus and the authoritarian 12-step support groups. Kaminer attributes the readiness of people to claim victim- status for themselves to a widespread sense of powerlessness in modern society: ``Being recognized as a victim is at least affirming,'' she says. ``Surviving as one is heroic. When action is no longer possible, heroes are people who wait.'' Acerbic and entertaining: ``Codependency experts stress that disease is `dis-ease' with the ersatz profundity of adolescents discovering that God is dog spelled backwards.'' The omission of a discussion of typical cults (Rajneesh, Scientology, etc.) seems the only lack in an otherwise wide-ranging survey of America's perhaps dubious spiritual/moral landscape. -- Copyright ©1992, Kirkus Associates, LP. All rights reserved.