Items related to Mechanics of Materials 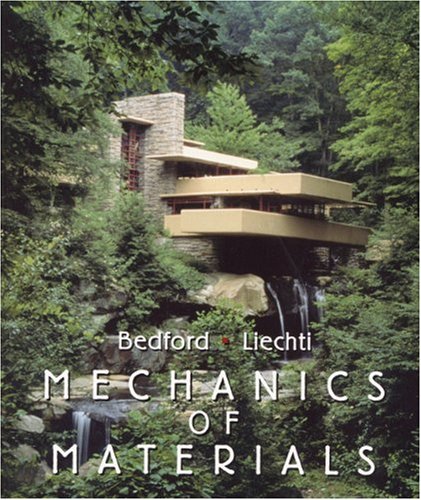 KEY BENEFFIT: Mechanics of Materials presents the foundations and applications of mechanics of materials by emphasizing the importance of visual analysis of topics—especially through the use of free body diagrams. The book also promotes a problem-solving approach to solving examples through its strategy, solution, and discussion format in examples. Provides a problem-solving approach. Emphasizes visual analysis of topics in all examples. Includes motivating applications throughout the book. Ideal for readers wanting to learn more about mechanical, civil, aerospace, engineering mechanics, and/or general engineering.

A landmark of modern architecture, Frank Lloyd Wright's Fallingwater is also a consummate application of mechanics of materials, combining imaginative structural design with innovative choices of materials. His use of reinforced concrete to extend the structure over the waterfall anticipated the many current applications of composite materials.

Dr. Bedford's main professional activity has been education and research in engineering mechanics. He is author or co-author of papers on the mechanics of composite materials and mixtures and four books, including Engineering Mechanics: Statics and Engineering Mechanics: Dynamics published by Addison Wesley Longman. From 1973 until 1983 he was a consultant to Sandia National Laboratories, Albuquerque, New Mexico.

Dr. Liechti's main areas of teaching and research are in the mechanics of materials and fracture mechanics. He is the author or co-author of papers on interfacial fracture, fracture in adhesively bonded joints, and the nonlinear behavior of polymers. He has consulted on fracture problems with several companies.