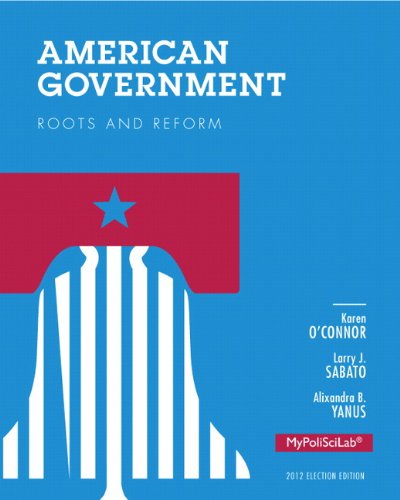 Karen O’Connor is the Jonathan N. Helfat Distinguished Professor of Political Science and the Founder and Director Emerita of the Women & Politics Institute at American University. Before coming to American University, Karen taught political science for seventeen years at Emory University in Atlanta, GA, where she was the first woman to receive the university’s highest teaching award. She has been recognized by several associations as the most outstanding woman in political science and public administration as well as by the Southern Political Science Association for her contributions to the discipline.  From 2010-2012, she has been selected by The Irish Times as one of the top 100 Irish American lawyers in the United States.

“This is the standard which I judge other texts against. O’Connor still is the text to beat.”—Richard Johnson, Oklahoma City University

“O’Connor is well-written and thoroughly updated. It is comprehensive and emphasizes the development of American government and politics. The text itself is assiduously unbiased and fair. Although it points out shortcomings in our political system, it does so in a context depicting American government and politics in a positive light.” — Richard Himelfarb, Hofstra University