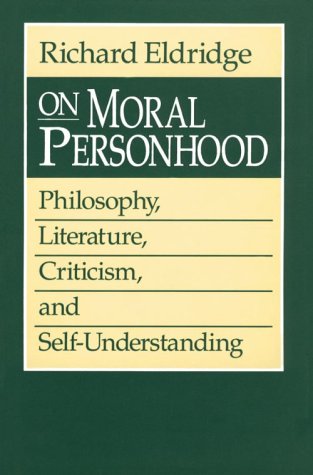 In this remarkable blend of sophisticated philosophical analysis and close reading of literary texts, Richard Eldridge presents a convincing argument that literature is the most important and richest source of insights in favor of a historicized Kantian moral philosophy. He effectively demonstrates that only through the interpretation of narratives can we test our capacities as persons for acknowledging the moral laws as a formula of value and for acting according to it.

Eldridge presents an extensive new interpretation of Kantian ethics that is deeply informed by Kant's aesthetics. He defends a revised version of Kantian universalism and a Kantian conception of the content of morality. Eldridge then turns to literature armed not with any a priori theory but with an interpretive stance inspired by Hegel's phenomenology of self-understanding, more or less naturalized, and by Wittgenstein's work on self-understanding as ongoing narrative-interpretive activity, a stance that yields Kantian results about the universal demands our nature places on itself.

Eldridge goes on to present readings of novels by Conrad and Austen and poetry by Wordsworth and Coleridge. In each text protagonists are seen to be struggling with moral conflicts and for self-understanding as moral persons. The route toward partial resolution of their conflicts is seen to involve multiple and ongoing activities of reading and interpreting. The result of this kind of interpretation is that such literature—literature that portrays protagonists as themselves readers and interpreters of human capacities for morality—is a primary source for the development of morally significant self-understanding. We see in the careers of these protagonists that there can be genuine and fruitful moral deliberation and valuable action, while also seeing how situated and partial any understanding and achievement of value must remain.

On Moral Personhood at once delineates the moral nature of persons; shows various conditions of the ongoing, contextualized, partial acknowledgment of that nature and of the exercise of the capacities that define it; and enacts an important way of reading literature in relation to moral problems. Eldridge's work will be important reading for moral philosophers (especially those concerned with Kant, Hegel, and issues dividing moral particularists from moral universalists), literary theorists (especially those concerned with the value of literature and its relation to philosophy and to moral problems), and readers and critics of Conrad, Wordsworth, Coleridge, and Austen.

Richard Eldridge is associate professor of philosophy at Swarthmore College.