Items related to The Foreign Policy of Hitler's Germany: Starting... 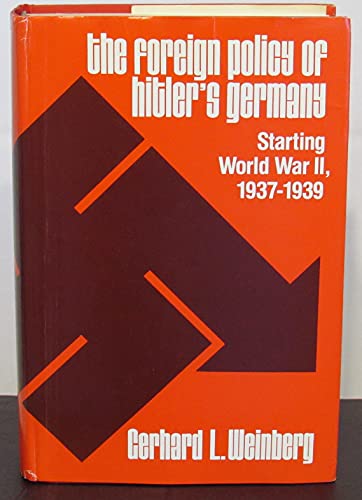 These two volumes are designed to explain the origins of World Way II by focusing on the role of German foreign policy under Hitler. New light is shed on German rearmament, on the efforts of Britain and France to avert war, on the annexation of Austria, on the Munich Agreement, and on the final steps to war in 1939. Both specialists and general readers will find much of interest in these two volumes. The German foreign policy, as determined by Adolf Hitler, is analyzed on the basis of comprehensive research in German, British, and American archives. The published documents of France, Italy, Russia, and numerous other countries as well as the extensive literature on the subject and the papers of many participants have been researched to present what still remains the only comprehensive study in any language of the road to way in 1939. This edition adds a new preface relating these volumes to the evidence, the controversies, and the literature of the years since they were first written.

Gerhard L. Weinberg is the William Rand Kenan Jr. Professor Emeritus of History at the University of North Carolina at Chapel Hill. He is the author of numerous scholarly books and articles, including both volumes of the present work, The Foreign Policy o

"The Foreign Policy of Hitler's Germany must be regarded as one of the most important works ever produced on the origins of the Second World War."

"It is rare that the adjective 'brilliant' describes a volume i