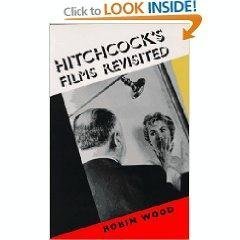 This is really two books in one. It contains the entire text of Robin Wood's groundbreaking Hitchcock's Films and supplements it with articles and commentaries on Hitchcock that Wood wrote from the time of that book's publication until today. Tracing the trajectory of Hitchcock's career, Hitchcock's Films Revisited also allows us to follow the intellectual and emotional development of one of the cinema's major critics. Wood's close readings are always revelatory and exciting, and this volume contains probably the best single essay ever written on a Hitchcock movie, Wood's analysis of Vertigo.

When Hitchcock's Films was first published, it quickly became known as a new kind of book on film and as a necessary text in the growing body of Hitchcock criticism. This revised edition of Hitchcock's Films Revisited includes a substantial new preface in which Wood reveals his personal history as a critic―including his coming out as a gay man, his views on his previous critical work, and how his writings, his love of film, and his personal life and have remained deeply intertwined through the years. This revised edition also includes a new chapter on Marnie.