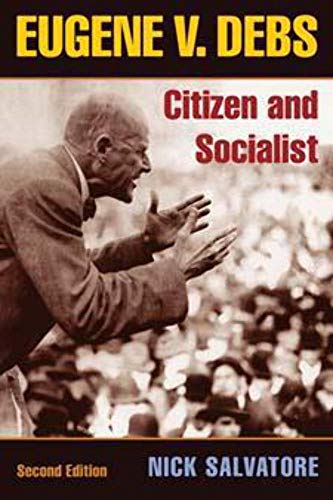 In this classic book, Nick Salvatore offers a major reevaluation of Eugene V. Debs, the movements he launched, and his belief in American Socialism as an extension of the nation's democratic traditions.

Eugene Victor Debs was one of the most prominent labor activists of the late 19th and early 20th centuries. He was, perhaps, the most admired openly radical public figure in America's history, running for president on the Socialist ticket in five separate elections, including a 1920 campaign conducted from prison. In the 1912 election, he earned 6 percent of the popular vote (and probably would have gotten more were it not for Theodore Roosevelt's Bull Moose campaign, which was also running on reform sentiments). Yet today he is largely forgotten, at best a footnote in history texts.

This biography by Professor Nick Salvatore does much to remedy the situation. It is a richly detailed recounting of Debs's life which demonstrates that Debs fit within a historical tradition of dissent in American politics. Although a professed socialist, he never gave up his commitment to democratic ideals; instead, he added to them an awareness of class and the effects of corporate capitalism that has continued relevance today.

Nick Salvatore is Maurice and Hinda Neufeld Founders Professor of Industrial and Labor Relations and a professor of American studies at Cornell University. He is the author of We All Got History: The Memory Books of Amos Webber and oher books. See www.nicksalvatore.com for more information.

Book Description University of Illinois Press. Paperback / softback. Condition: New. New copy - Usually dispatched within 4 working days. In this classic book, Nick Salvatore offers a major reevaluation of Eugene V. Debs, the movements he launched, and his belief in American Socialism as an extension of the nation's democratic traditions. Seller Inventory # B9780252074523