Items related to The age of intelligent machines

The age of intelligent machines 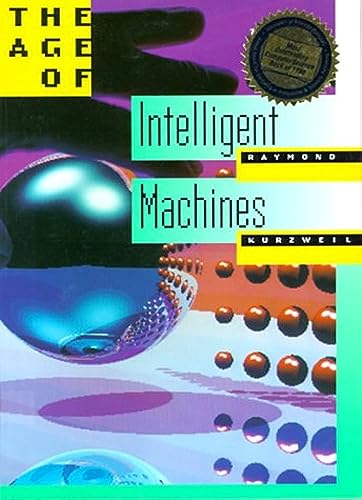 What is artificial intelligence? At its essence, it is another way of answering a central question that has been debated by scientists, philosophers, and theologians for thousands of years: How does the human brain - three pounds of ordinary matter - give rise to thought? With this question in mind, inventor and visionary computer scientist Raymond Kurzweil probes the past, present, and future of artificial intelligence, from its earliest philosophical and mathematical roots through today's moving frontier, to tantalizing glimpses of 21st-century machines with superior intelligence and truly prodigious speed and memory. Lavishly illustrated and easily accessible to the nonspecialist, "The Age of Intelligent Machines provides the background needed for a full understanding of the enormous scientific potential represented by intelligent machines and of their equally profound philosophic, economic, and social implications. It examines the history of efforts to understand human intelligence and to emulate it by building devices that seem to act with human capabilities. Running alongside Kurzweil's historical and scientific narrative, are 23 articles examining contemporary issues in artificial intelligence by such luminaries as Daniel Dennett, Sherry Turkle, Douglas Hofstadter, Marvin Minsky, Seymour Papert, Edward Feigenbaum, Allen Newell, and George Gilder. Raymond Kurzweil is the founder, chairman, and chief executive officer of Kurzweil Applied Intelligence, Kurzweil Music Systems, and the Kurzweil Reading Machines division of Xerox. He was the principal developer of the first print-to-speech reading machine for the blind and other significant advances in artificial intelligencetechnology.

Raymond Kurzweil is the principal developer of the world's first print-to-speech reading machine for the blind; the first electronic keyboard that accurately recreates the sounds of the grand piano and other orchestral instruments; and the first large-vocabulary voice-activated word processor. His latest book is The Age of Spiritual Machines (Viking/Penguin).

In a work the Association of American Publishers named the Most Outstanding Computer Science Book of 1990, Kurzweil and 23 other contributors explore the history and potential of artificial intelligence. Illustrated.
Copyright 1992 Reed Business Information, Inc.

1. The age of intelligent machines

2. The age of intelligent machines

3. The age of intelligent machines