Items related to Raine and Johnnie: The Spencers and the scandal of...

Levin, Angela Raine and Johnnie: The Spencers and the scandal of Althorp

Raine and Johnnie: The Spencers and the scandal of Althorp 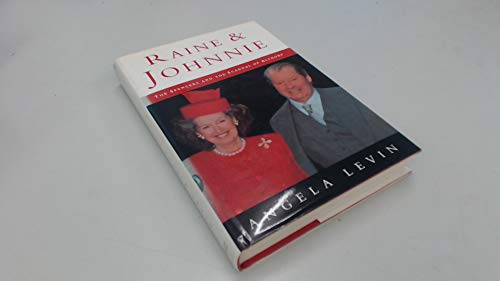 This is both a love story and an account of what one art expert has called "the worst scandal that's happened to a country house in the last hundred years". The eighth Earl Spencer - Johnnie to his friends - was the Princess of Wales's father; Raine, formerly Lady Lewisham and Lady Dartmouth, and daughter of the novelist Barbara Cartland, his second wife. When he suffered a massive stroke in 1978, she fought for his life though few gave him much chance of surviving. They doted on each other and when he guided his daughter up the aisle of St. Paul's on the day of her wedding to Prince Charles, she was rightly given the credit for him being there. But as chatelaine of the Spencers' magnificent stately home, Althorp in Northamptonshire, her record was far more controversial. A substantial quantity of the family's irreplaceable heirlooms was disposed of in circumstances that led to bitter criticism from experts and members of the family. Angela Levin has written the first biography of Raine and Johnnie Spencer, in the course of which she has interviewed more than 100 relatives, friends, colleagues, employees and art historians. The result is a revealing study of an extraordinary relationship and the most detailed account yet of what happened to the Althorp inheritance. Angela Levin is co-author with the Marchioness of Tavistock of "A Chance to Live" and has written for the Mail on Sunday's YOU magazine.

1. Raine and Johnnie: The Spencers and the scandal of Althorp