Items related to Shomei Tomatsu: Skin of the Nation

Shomei Tomatsu: Skin of the Nation 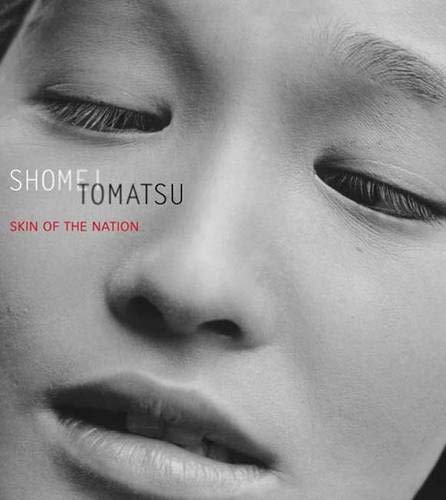 Japan’s brilliant and influential postwar photographer Shomei Tomatsu (b. 1930) has created some of the most dramatic images in the history of photography. Many of his photographs have become icons of the twentieth century. This important book is the first in-depth English-language study of Tomatsu’s work. Richly illustrated and handsomely designed, it features more than one hundred plates representing in ten thematic sections the full range of his career.

Tomatsu emerged in the 1950s with his sensitive pictures of postwar Japan. In the 1960s the artist turned his camera to the aftermath of the atomic bomb and the lingering presence of the U. S. military in his homeland. In subsequent decades his lens has captured the elation of Japan’s economic boom and the problems inspired by his culture’s increasing westernization. Throughout, Tomatsu’s pictures have consistently resonated not only with Japanese society but also with American culture. Included in this book are essays by distinguished scholars on all aspects of the artist’s life and career as well as a selection of brief excerpts from Tomatsu’s own writings, many of which have never appeared in English.

Skin of the Nation (the book’s subtitle) is both a literal and metaphorical reference to the surfaces that have appeared in countless pictures throughout Tomatsu’s career. For the artist, skin is more than just a surface, it is a kind of map in which one can read the story of Japan its essence and its future.

A beer bottle that withstood the atom bomb blast in Nagasaki is the subject of Shomei Tomatsu's most famous photograph. Mysterious and repulsive, the object looks like a deformed fetus. In a career spanning more than 50 years, Tomatsu has created strikingly ambiguous images that hint at tensions simmering below the surface of Japanese life. Shomei Tomatsu: Skin of the Nation is the first English-language survey of this brilliantly idiosyncratic photographer's work. Grouped by theme, more than 100 images contain subtle layers of meaning. On a Tokyo street in 1962, an abandoned high-heeled shoe, a cigarette butt, and a crumpled piece of tinfoil (likely from a stick of American chewing gum) are bitter souvenirs of a night on the town. A few years later, Tomatsu captured the sense of isolation that envelops both a lone protestor and a shadowy group of policemen. In Okinawa, Tomatsu photographed both the U.S. military presence and the traditional way of life that persisted into the 1970s--glimpsed in the breeze-stirred motion of a curtain against a window or the sight of prowling dogs in the hazy morning sun. Leo S. Rubinfien's revelatory essay about the photographer and his work has a lyrical grace that approaches poetry. Sandra S. Phillips deftly summarizes the shift from American-influenced photojournalism of the immediate postwar era to the subjective approaches of a younger generation. John W. Dower adds further historical context, including the disquieting fact that—due to U.S. censorship—photographs of the devastation of Hiroshima and Nagasaki were not published in Japan until 1952. Excerpts from Tomatsu's own vivid writings add another layer of insight. The handsomely designed book accompanies a retrospective exhibition of Tomatsu’s work at the Japan Society Gallery in New York (through Jan. 2, 2005), which will travel to Washington, D.C., San Francisco and Winterthur, Switzerland. --Cathy Curtis

Sandra S. Phillips is senior curator of photography at the San Francisco Museum of Modern Art; Leo Rubinfien is a photographer and frequent contributor to Art in America; John W. Dower is professor of history at M.I.T. and winner of numerous awards, including the Pulitzer Prize and the National Book Award; Daido Moriyama is one of the most important photographers living in Japan today.

1. Shomei Tomatsu: Skin of the Nation

2. Shomei Tomatsu: Skin of the Nation

3. Shomei Tomatsu: Skin of the Nation

4. Shomei Tomatsu: Skin of the Nation

5. Shomei Tomatsu: Skin Of The Nation

7. Shomei Tomatsu: Skin of the Nation