Items related to Madhouse: A Tragic Tale of Megalomania and Modern Medicine

Madhouse: A Tragic Tale of Megalomania and Modern Medicine 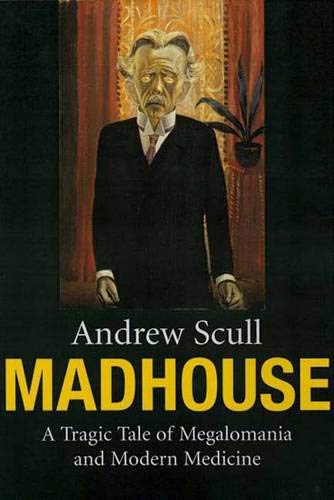 Madhouse reveals a long-suppressed medical scandal, shocking in its brutality and sobering in its implications. It shows how a leading American psychiatrist of the early twentieth century came to believe that mental illnesses were the product of chronic infections that poisoned the brain. Convinced that he had uncovered the single source of psychosis, Henry Cotton, superintendent of the Trenton State Hospital, New Jersey, launched a ruthless campaign to eliminate the perils of pus infection.” Teeth were pulled, tonsils excised, and stomachs, spleens, colons, and uteruses were all sacrificed in the assault on focal sepsis.”

Many patients did not survive Cotton’s surgeries; thousands more were left mangled and maimed. Cotton’s work was controversial, yet none of his colleagues questioned his experimental practices. Subsequent historians and psychiatrists too have ignored the events that cast doubt on their favorite narratives of scientific and humanitarian progress.

In a remarkable feat of historical detective work, Andrew Scull exposes the full, frightening story of madness among the mad-doctors. Drawing on a wealth of documents and interviews, he reconstructs in vivid detail a nightmarish, cautionary chapter in modern psychiatry when professionals failed to police themselves.

Madhouse reveals a long-suppressed medical scandal, uncovering the full story of Henry Cotton, the prominent early-twentieth-century American psychiatrist whose ruthless surgical procedures killed or maimed thousands of patients. Despite the disastrous results of his experimental treatments, Cotton’s colleagues failed to censure or even question his techniques.

Andrew Scull is professor of sociology and science studies, University of California, San Diego. Among his publications are Museums of Madness, Masters of Bedlam, and Undertaker of the Mind.

1. Madhouse: A Tragic Tale of Megalomania and Modern Medicine

2. Madhouse: A Tragic Tale of Megalomania and Modern Medicine