Items related to Ginkgo: The Tree That Time Forgot

Ginkgo: The Tree That Time Forgot 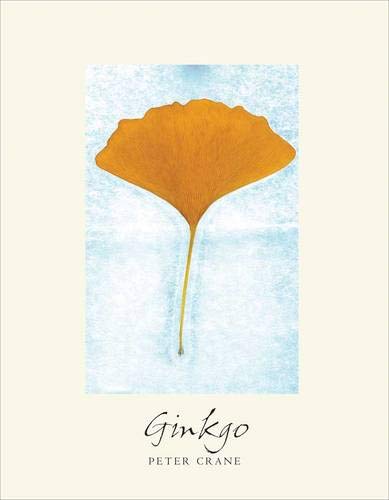 Perhaps the world’s most distinctive tree, ginkgo has remained stubbornly unchanged for more than two hundred million years. A living link to the age of dinosaurs, it survived the great ice ages as a relic in China, but it earned its reprieve when people first found it useful about a thousand years ago. Today ginkgo is beloved for the elegance of its leaves, prized for its edible nuts, and revered for its longevity. This engaging book tells the rich and engaging story of a tree that people saved from extinction—a story that offers hope for other botanical biographies that are still being written.

Inspired by the historic ginkgo that has thrived in London’s Kew Gardens since the 1760s, renowned botanist Peter Crane explores the history of the ginkgo from its mysterious origin through its proliferation, drastic decline, and ultimate resurgence. Crane also highlights the cultural and social significance of the ginkgo: its medicinal and nutritional uses, its power as a source of artistic and religious inspiration, and its importance as one of the world’s most popular street trees. Readers of this book will be drawn to the nearest ginkgo, where they can experience firsthand the timeless beauty of the oldest tree on Earth.

A renowned botanist recounts the eventful 250-million-year history of the ginkgo tree, its near demise during the ice ages, its surprising reprieve from extinction through human intervention, and its honored place in cities around the globe.

1. Ginkgo: The Tree That Time Forgot

2. Ginkgo: The Tree That Time Forgot